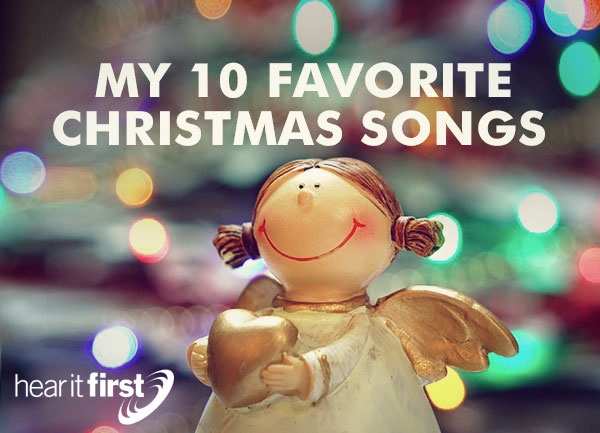 Here are 10 of my very favorite Christmas songs of all time.  Which ones would you include?

This is believed to be the most well-known song of all time.  George Frideric Handel’s Messiah was originally intended to be an Easter offering but for almost 260 years, this inspiring composition has brought tremendous joy to listeners, whether they’re Christian or not. Since it first burst onto the stage of the Music Hall in Dublin on April 13, 1742, it has been received with great accolades and it still is received as such today.  The first audience was completely mesmerized by it and the lyrics are completely biblical as it looks forward to the coming of the Messiah and His arrival with exuberance.   This composition brings tears to my eyes for it gives us a glimpse into the glory that is found in Jesus Christ.

This song had been sung by so many famous artists that it’s impossible to list them all in one article but one of the greatest renditions of this song was a duet by Bing Crosby and David Bowie years ago.  This song sits near the very top among the most listened to all of all Christmas songs because it’s a song that we never seem to get tired of listening to.  Instead of turning it down, we often turn this one up.  This song is also known as the Carol of the Drum and was written by the American classical music composer and teacher Katherine Kennicott Davis in 1941.

This song has great staying power and in fact, the original Latin roots of this beautiful Christmas hymn may date as far back as the 8th century. The widely known English version was co-translated in the 1850s by the Anglican priest John Mason Neale who was equally famous for writing his own original carol, “Good King Wenceslas.”  This song is about the advent of Christ’s return and even the name “Emmanuel” means “God with us” and was taken from Scripture (Isaiah 7, 8; Matt 1:23).

This classic Christmas song has been around a very long time too and is still a very popular Christmas carol.  It was composed in 1818 by Franz Xaver Gruber and was also the subject of the 2014 documentary “The First Silent Night” narrated by Simon Callow. This carol was the song that was sung simultaneously in English and German by troops during a very rare cease fire in World War One when all hostilities ceased, at least for that one night.

The Christmas carol “The First Noel” was about the annunciation of the shepherds when they first heard of the birth of the King of Israel and is concerned with the story of the Nativity and those things preceding it and leading up to that very special night.  In this biblical song, you hear about the shepherds, the Magi, the Star of Bethlehem, which all reside in the Gospel of Matthew.

The Christmas carol “O Holy Night” was composed by Adolphe Adam back in 1847 and was originally a French Poem.  Many thought it was so beautiful that it must be put it to music.  This song has also been recorded through the years by many notable singers but sung in almost every church and by nearly every church choir since the time it was first known.

Even though the Bible never gives the number of kings or Magi who came to worship the newborn King, Jesus Christ, the song “We Three Kings” or sometimes referred to as “We Three Kings of the Orient Are” is still relatively biblical. It was written by John Henry Hopkins, Jr., in 1857 and was originally written for a Christmas pageant in New York City and is among the favorites of groups who go Christmas caroling.

It Came Upon a Midnight Clear

This Christmas carol was written by a pastor, Edmund Sears, back in 1849 and is remarkable for its focus, not on Bethlehem, but on peace, because of the timing of this composition, being written just after the Mexican-American War.

Joy to the World

This very popular Christmas carol was written by the very famous English hymn writer, Isaac Watts, who wrote it in the hopes of glorifying the event of Christ’s triumphant return to the world at the end of the age.  The world was included because of the many scriptural references about all people of all nations, tribes, and tongues will be coming to worship the great Lamb of God in the coming kingdom.

“Hark! The Herald Angels Sing” is a Christmas hymn from 1739 and comes from a collection called “Hymns and Sacred Poems” written by Charles Wesley, one of the greatest hymn writers of all time.  This Christmas carol was first known as the “Hymn for Christmas-Day” and the original opening line was “Hark how all the Welkin rings” but was changed by the great Reformer, Bible scholar, and pastor George Whitefield in his 1754 work “Collections of Hymns for Social Worship.”  The change was embraced by everyone and today it’s not sung as “Hark how all the Welkin rings” but “Hark, the herald angels sing.”

Christmas is my favorite holiday of all because we get to spend time with family, get away from the grind of work, and most of all, focus on the “Christ” of “Christmas” for which it is named for He alone is worthy of all praise, glory, and honor; now and forever and ever.  Amen?