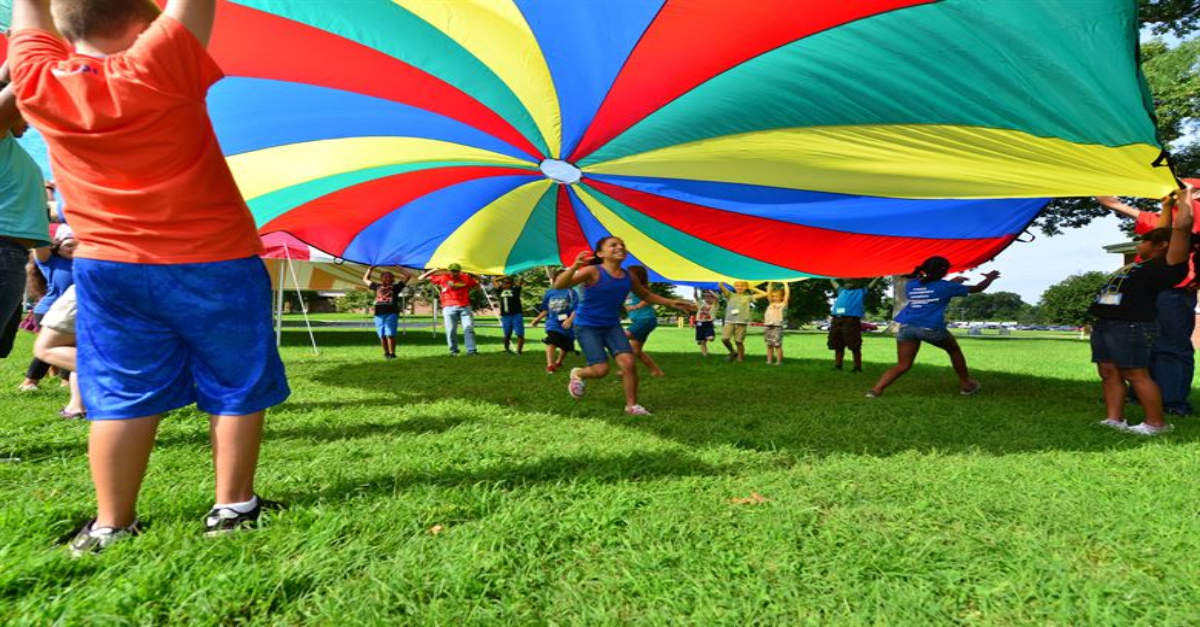 Vacation Bible School is just around the corner for many kids!  Churches all over are planning out what they will do for curriculum and activities this year.  Games are one activity that all kids love, and VBS has been interacting with children through games since I can remember.  Here are 10 of the best VBS games for kids.  These are in no particular order.

This is a different spin on the game of tag.  One person is “it” like normal.  The game is called trinity because if 3 kids can hold hands and form a triangle before one of them is tagged, then they are safe. They are only allowed to hold hands for a designated time and then you can blow a whistle to make them separate.  Once someone is tagged, then they are it and the game keeps going.

This is a great way to get the kids energized and running around.  Separate the kids into 2 different groups opposite each other.  You can do boys against girls or older against younger ones.  A group leader will stand in between them pretending to be Goliath.  When Goliath shouts, “I’m hungry!” the kids must then run to the opposite side of the room.  Anyone Goliath touches becomes a giant too.  You can play this game in a couple of different ways.  You can play till all of the kids are giants or until one kid is left, who then is dubbed the winner.  Kids go bananas over this game!

You just can’t go wrong with bozo buckets for the little kids 7 and under.  They love it!  Make sure to have prizes available for each bucket and make sure that the farther a child makes it, the better the prizes are.  If you have never played this before, it is very simple.  Line up 5 or 6 buckets in a straight line.  Line the kids up behind the row of buckets and have one child at a time throw a ball into the closest bucket to them.  If they make it, they can throw it into the next one.  Once they miss a bucket or finish all of them, their turn is over.  The farther they make it, the better their prize is.

This is another great game for the little kids.  The children sitting love the anticipation of being picked as the goose.  And they get to run around!  It’s a fun way to get out some energy. 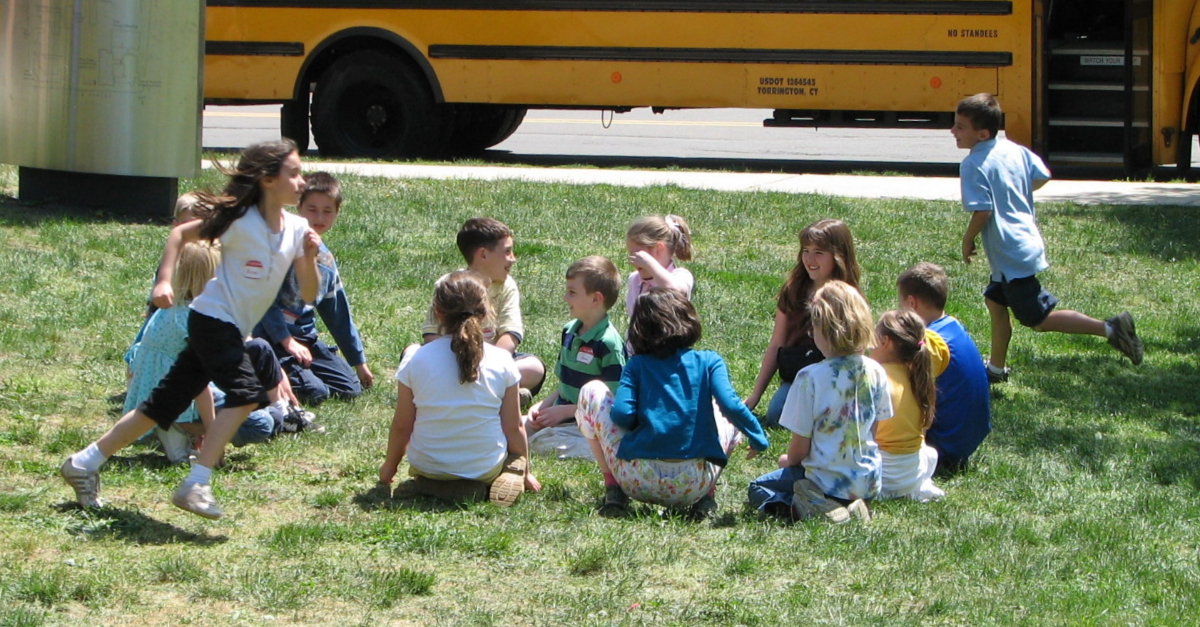 This activity is done in groups of 10 to 15 kids.  This game should be done earlier in the day, so your kids have time to memorize their scripture verses.  Put one scripture verse in each egg.  Make sure you hide 1 egg for each child.  Once a kid finds an egg, they must bring it to you.  Write down the verse they found next to their name on your attendance chart.  Let them keep their verse to look at periodically through the day, like at break times.  Near the end of the day, ask each kid to tell you what verse they found.  Give them 5 seconds to look at it again.  They have to be able to recite the verse.  If they get the verse right, give them a fun little treat like a fun-size snickers bar!  If they get it wrong, better luck next time.

This is a fun game where you start out with two kids sitting back to back with their arms interlocked.  Have them stand up together, which can be difficult.  Have them sit back down again and add two more kids and repeat them.  Do this until the whole class is interlocked.  It’s hilarious watching the bigger groups do this, but it teaches teamwork to them.

This is a different spin on the classic Rock, Paper, Scissors game.  Split your kids into groups of 4 to 5 kids apiece.  Designate a safety area for each team (opposite walls or lines work very well).  Call out which two teams will battle first.  Each team decides quietly to each other which one they will pick between the rock, paper, and scissors.  Then both teams run to the middle and do the normal rock, paper, scissors motions and then show the one they picked.  Rock beats scissors.  Scissors beats paper.  Paper beats rock.  The team that loses has to run back to their safety zone.  The winning team will chase them and try to tag them.  Anyone who is tagged is out.  Do this until only one team is left.

Get a REALLY BIG tarp and cut 4 or 5 different sized holes in it.  The smaller the hole…the bigger the points.  Get a ball that will fit through them all but that will be difficult to throw through the smaller holes. Each child has a chance to toss the ball into any hole 5 times.  After the 5th time, their turn is over.  Whoever has the most points at the end wins.  You can do this with or without prizes.

This is a fun game for little children.  Put the children in a line shoulder to shoulder with a little space in between.  Whisper an easy scripture verse into the ear of the first child.  They then whisper the same verse to the next child and so on.  Translation will get lost along the way!  The bigger the line, the more hilarious the end will probably be.  You never know what the last kid will say!

Put obstacles (cardboard boxes and such) all over the room to make a maze.  Blindfold a child and scatter the other kids all over the room.  The one blindfolded needs to listen to the kids yelling directions at them about which way to go.  The goal is to get the child who is blindfolded to the end of the maze without touching any obstacles.  Move slowly on this one!

These are 10 of the best VBS games to play!  I hope you have enjoyed reading about them.  Please feel free to suggest others in the comments below.  God bless you!