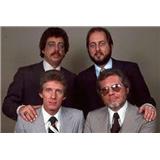 About the Statlers: Harold, Phil, Jimmy and DonFrom the Official Web Site of The Statler BrothersThe Most Awarded Act in the History of Country Music
The Statlers Brothers, Harold Reid, Phil Balsley, Jimmy Fortune and Don Reid, were the premier group in country music for nearly forty years. Entering the business in 1964 as the backup voices for Johnny Cash on stage, record and TV, they served their apprenticeship with him for 8 1/2 years. During that time they recorded their first hit record, “Flowers on the Wall”, and were regulars on the weekly Johnny Cash Show on ABC TV.
Leaving the Cash troupe in 1972, they continued with such hit records as “Bed of Rose’s”, “Class of ’57″ and “I’ll Go to My Grave Loving You”. Their original harmonies, sense of humor and lyrical style of writing highlighted a career that led them to the top of the music charts countless times and to a concert touring success that packed arenas and theaters with every performance. Their award winning (Grammies, CMA’s, Gold and Platinum records and etc) is legendary and they are considered to be the most honored of any act in the country music field.
The 90s saw them starring in their own television series, The Statler Brothers Show, on TNN, The Nashville Network for seven years and remaining the number one show on the network its entire run. Deciding to retire from a lifetime of traveling and enjoy the good life in their homes in the Shenandoah Valley of Virginia, they gave their farewell concert in the fall of 2002.

Classic Performance Of 'I'll Fly Away' From The Statler Brothers

The Message In Billy Graham's Final Sermon Is E...
Police Officer Breaks Window To Save Baby In Sw...
Sadie Robertson Fell To Her Knees And Thanked G...
Russian Boys’ Choir Stun The Internet With Subl...
Teen Violinist Performs 'The Prayer' Duet From ...
Man Gives Orphan A Doll And She Cannot Contain ... 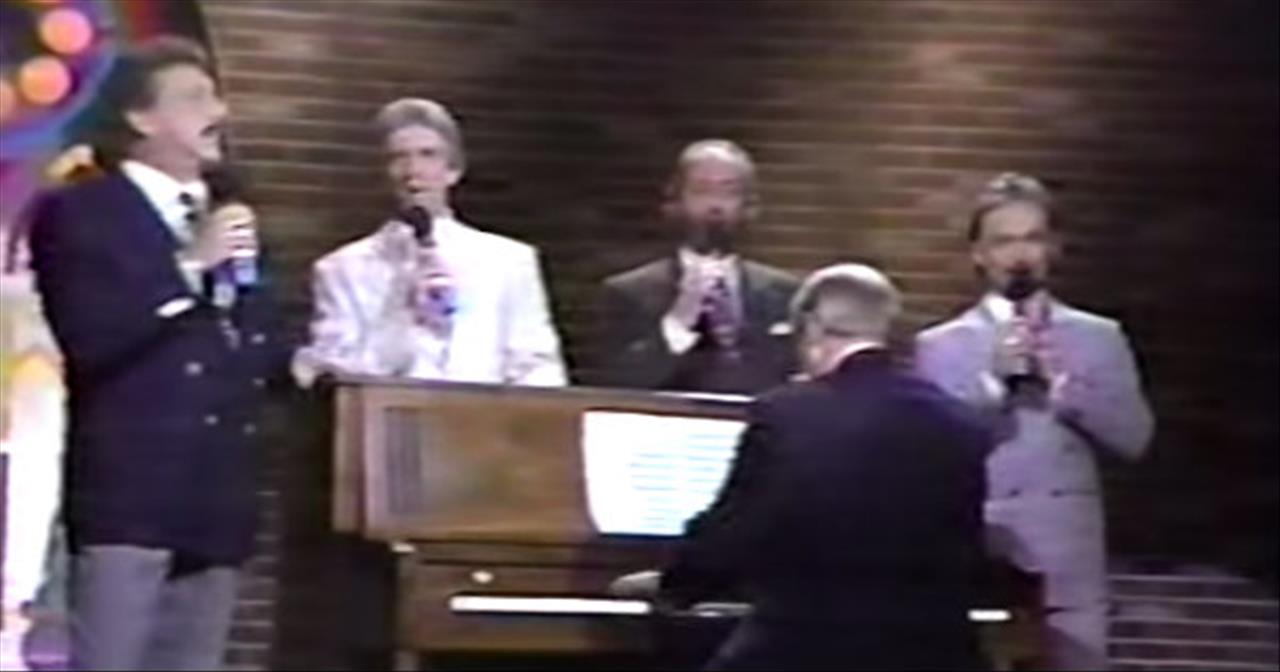 In this classic performance, The Statler Brothers sing the beloved hymn 'I'll Fly Away.’ “Some glad mornin' when this life is over, I'll fly away To a home on God's celestial shore, I'll fly away I'll fly away, oh, glory, I'll fly away When I die, Hallelujah, by and by, I'll fly away” What a great performance! The hymn ‘I’ll Fly Away’ was written by Albert E. Brumley in 1929, and it was first published in 1932 by the Hartford Music Company. It’s a song that is frequently played in worship services and at funerals, and it is considered by many as an unofficial New Orleans anthem. The reason for this is because ‘I’ll Fly Away’ is frequently played at New Orleans jazz funerals. But the song has found its way into many genres of music, including country and gospel. In the New Orleans brass band tradition, the song has been reinterpreted into a joyous and up-tempo celebratory hymn. As for The Statler Brothers who are performing in this video, their group is made up of Harold Reid, Phil Balsley, Jimmy Fortune, and Don Reid. They were the premier group in country music for nearly forty years, and they started their careers back in 1964 when they did backup voices for Johnny Cash. They sang with him for 8 ½ years. The group released their first hit record during that time, “Flowers on the Wall.” In the 1990s, The Statler Brothers found themselves starring in their own television series on The Nashville Network, and the program was called The Statler Brothers Show. Their show remained at the number one spot on the network during its entire seven-year run. Then in the fall of 2002, The Statler Brothers gave a farewell concert and retired in the Shenandoah Valley of Virginia. We hope you enjoyed this performance of ‘I’ll Fly Away’ by The Statler Brothers!