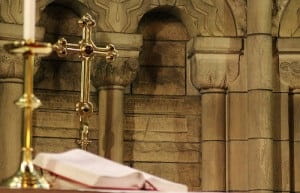 Hollywood is known for producing mostly films that have nothing to do with faith in Jesus Christ, but there are quite a few films that have been made that do glorify our Savior and the Bible.  Here is a list of 10 movies about the Bible.  These are in no particular order.

Joseph and the Amazing Technicolor Dreamcoat (1999)

This movie is based off of Genesis chapters 37 – 50.  It is an excellent depiction of the story of Joseph, as his brothers, full of jealousy, throw him into a pit and bring his coat of many colors back to Jacob and proclaim his fake death.  It shows Joseph’s rise to power in Egypt as he becomes 2nd in command of the entire nation and eventually the reunion of Joseph with his family.  This is a wonderful, accurate production worth seeing for sure.

This movie does a great job at telling the story of Hosea and how he obeys God by staying with his wife, Gomer, even though she commits infidelity against him.  The story is told by Sean Astin to a group of campers he is with to show them what unconditional love really looks like and how that love can be attributed to God’s love for his children.  Erin Bethea (Fireproof) also stars in this movie.

This is a great depiction of the rapture as found in the book of Revelation.  It stars very well-known Kirk Cameron (also in Fireproof) as he plays the role of Buck Williams who has been left behind after the rapture.  It involves many characters searching for answers through all of the chaos and anarchy that is around them.

Apostle Peter and the Last Supper (2012)

This is an amazing movie that showcases Peter as an old man in jail.  While in his last days, Peter witnesses to some of the jailers.  Throughout the movie he tells the story of Jesus and His redemptive love for us all.  It is filled with quoted scriptures from the Bible such as, “I am the Way, and the Truth, and the Life.  No one comes to the Father except through Me.” (John 14:6)  This is a must see film.  It is extremely accurate in all of the passages from the Bible that are acted out.  Before the Dove Awards in 2012, the people at Dove said, “We are pleased to say it will receive five Doves from us, and it has earned every single one!”

This epic, memorable movie features Charlton Heston in one of his best performances ever.  It is pretty accurate with the Bible and covers everything from Moses’ journey in a basket down the Nile River all the way to the exodus out of Egypt.  It covers the 10 plagues which Egypt suffered, including a scene with the Angel of Death passing over the nation.  It received 5 dove awards, which is the highest possible.

This is an extremely Biblically accurate movie depicting the events that led up to the birth of our Savior.  It stars Keisha Castle-Hughes as Mary.  She does a wonderful job in this role.  She is kind and tender-hearted.  Oscar Isaac stars the lead role as Joseph and he does a great job as well.  There is a funny moment where on-lookers are debating who the daddy is of Mary’s baby while they are getting ready to depart.  Joseph says, “They will miss us!”  The comedy is subtle and well placed.  It doesn’t deter from the meaning of the movie at all.  It is a must see film.

This movie does a great job at telling an accurate account of the story of Ruth.  You see the love she has for Naomi and vise-versa in this film.  It takes you all the way from the death of Naomi’s husband and two sons and the departure of Moab to the marriage of Ruth and Boaz.  It is a film that the family can enjoy together for sure.

The Story of David: From Shepherd to King of Israel (2008)

This is an accurate account of the life of David.  It covers many memorable scenes of his life including: the defeat of Goliath, his friendship with Jonathon and the adulteress affair with Bathsheba.  As king, you see his struggle against his own son, Absalom and eventually the passing on of the crown to Solomon.  It is a great film, but I don’t recommend it for the younger children.

This movie must be on every single list of must see Christian movies.  It is the most accurate depiction of the events leading up to the crucifixion that is available.  You really see how Christ was humiliated and tortured in this film.  It has two very memorable scenes: the scourging scene where he is absolutely ripped apart by the whips and the crucifixion scene as he hung on the cross.  This movie should bring every believer to tears.  Praise be to Jesus that He loved us so much that he died for the sins of humanity!

These are 10 films worth seeing.  They all are Biblically accurate films.  They all depict the Bible truthfully and with great performances from the actors/actresses.  Have you watched any of these films?  Would you recommend some others?  God bless!

A Prayer for Your Aging Parent - Your Daily Prayer - October 19

One of the greatest privileges of my adult life has been to pray for my elderly mom.