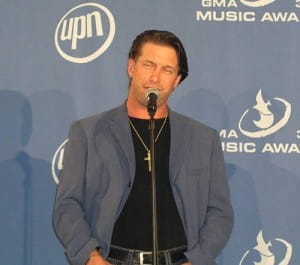 Quote by Denzel  "A part of me still says, ‘Maybe, Denzel, you’re supposed to preach. Maybe you’re still compromising.’ I’ve had an opportunity to play great men and, through their words, to preach. I take what talent I’ve been given seriously, and I want to use it for good.”

Denzel is a Christian who at times has felt the pull to be a preacher. The quote above is a quote he made in response to a question about wanting to still preach.  Washington is also stated to have given 2.5 million dollars to help in the building of a church in Los Angeles.

Busey Quote "I am proud to tell Hollywood that I am a Christian," he says.  "For the first time I am now free to be myself."

Gary Busey is a famous hollywood actor that is proud to declare himself a Christian.  He has had many ups and downs both personally and professionally, but remains a great witness to many for declaring his reliance on Christ as his savior.

Some might be surprised to learn of Wahlberg’s faith but seeing some interviews with him you can see that he is living out his love for Christ on a daily basis.

Martin Sheen Quote “I have long since returned to my church. I have never forgotten that even though I turned my back on God, in my time of greatest need, he came to find me.”

Martin Sheen used this quote in talking about a near death experience he had and how it brought him back to God. Martin has since been very vocal about his Faith.

Caviezel is best known for his role of Jesus in Mel Gibson’s “The Passion of the Christ”. Caviezel used this as an opportunity to tell others of his own faith in Jesus!

Baldwin Quote “What is happening within Christianity is that it doesn’t know it needs to promote itself. “

This quote from Baldwin really exemplifies his evangelical nature. Baldwin is one of the most outspoken about his Christian faith in Hollywood.

Gibson Quote “ The Holy Ghost was working through me on this film, and I was just direction traffic”

Gibson brought one of the biggest Christian movies to ever hit Hollywood to the screen in “The Passion of the Christ”.  The film was met with much criticism but brought many to the truth of Jesus!

Cameron Quote  “If you had the cure to cancer wouldn't you share it? ... You have the cure to death ... get out there and share it.”

Kirk Cameron was known as a teen idol during his days on “Growing Pains”.  His adult life has been more about living out his passion for telling others about Christ.  Cameron started “The Way Of The Master” ministry which helps to teach people how to evangelize and share their faith more openly. He has been a part of a number of Christian films and often is looked to in interviews as a Hollywood spokesman for the Christian faith.  Seeing his passion to serve Christ and tell others about Jesus is inspirational.

It is inspirational to see actors in Hollywood that share their faith in Jesus with others and claim Him as Lord in a world and environment that is often far from Christian.