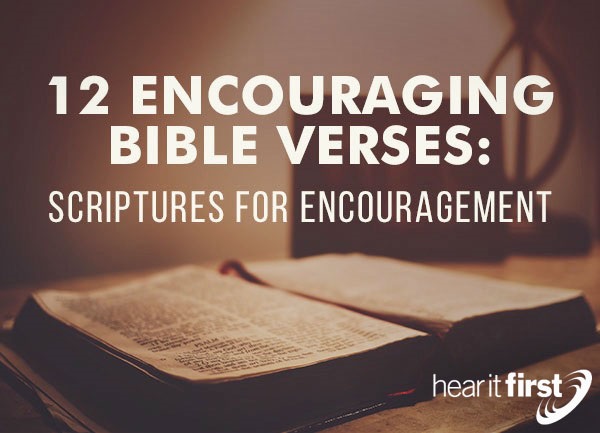 When we were kids and we used to pick teams in our neighborhood, the deck was always stacked in favor of the big guys.  That’s sort of cheating, isn’t it, but if we have God on our side, we’ve already got a majority!  If God’s for you, who or what could ever be against you?  I would say, “Nothing!”

Psalm 34:18 “The Lord is near to the brokenhearted and saves the crushed in spirit.”

The more brokenhearted you are, the nearer you are to God.  Anyone that’s crushed in spirit has come to an end of themselves.  When you come to the end of your rope, the Lord is there waiting for you.  He’s near to the broken and crushed in spirit, because grace, like water, seeks the lowest level.  Feeling brokenhearted?   The “Lord is near to” you.

Isaiah 40:31 “But they who wait for the Lord shall renew their strength; they shall mount up with wings like eagles; they shall run and not be weary; they shall walk and not faint.”

Some might argue that this was written only to Israel, however it does say it is to “they who wait for the Lord” that shall be renewed in “their strength” and “shall mount up with wings like eagles” and even though they run, they will “not be weary…and not faint.”  Even if it is to the Jews, I believe it is to all “who wait for the Lord.”

Romans 15:13 “May the God of hope fill you with all joy and peace in believing, so that by the power of the Holy Spirit you may abound in hope.”

The Book of Romans was a theological masterpiece, but of course, the Apostle Paul wrote it under the inspiration of the Holy Spirit so it glorifies God, not Paul, but what a fitting way to end the book by encouraging the church at Rome; a church that had undergone severe persecution.  This is why it was Paul’s prayer that they be filled “with all joy and peace in believing” so that “the power of the Holy Spirit [may] abound in hope” in them.  They were going to need God’s Spirit in order to endure, but to also abound in hope” for that coming great Day (Rev 21:1-5).

Joshua 1:5 “No man shall be able to stand before you all the days of your life. Just as I was with Moses, so I will be with you. I will not leave you or forsake you.”

What an encouraging word from God and at the precise time Joshua needed to hear it, because he was about to take over the leadership of Israel since Moses had died.  God knew that Joshua needed to know that He was not ever going to leave him or forsake him, but be with him, just as He “was with Moses” and promises that no man will even “be able to stand before you all the days of your life.”

John 11:25-26 “Jesus said to her, “I am the resurrection and the life. Whoever believes in me, though he die, yet shall he live, and everyone who lives and believes in me shall never die. Do you believe this?”

These two Bible verses are not only encouraging, they are a very good question to ask someone who doesn’t believe in life after death.  These two verses are placed in the context of Jesus raising Lazarus from the dead, and so Jesus asked Martha, Lazarus’ sister, “Do you believe this?” A person’s eternal destiny depends on how they answer that question.

Romans 8:1 “There is therefore now no condemnation for those who are in Christ Jesus.”

Since Jesus gave His life as a ransom for those who are brought to repentance and faith in Christ, you can stand before the throne of God on Judgment Day and know that there is “no condemnation for those who are in Christ Jesus.”  If you’re “in” Christ, Christ is in you.  And if you’re in Christ, God sees Jesus’ righteousness (2nd Cor 5:21), and declares you, “Not guilty!”

I wonder if I took a poll, how many would feel “heavy laden” right now?  I have areas in my life where I know I’m still carrying things around that I shouldn’t be, and that makes for hard labor.  I can find no rest in that, however, if I go to Jesus, He says “I will give you rest,” and perhaps rest is what we need from trying to carry our own heavy loads around.

Romans 8:38-39 “For I am sure that neither death nor life, nor angels nor rulers, nor things present nor things to come, nor powers, nor height nor depth, nor anything else in all creation, will be able to separate us from the love of God in Christ Jesus our Lord.”

If Paul was trying to convince the Roman church that nothing can keep them from being with God someday, this chapter would be it!  What assurance that nothing in life, not even death, no angels (probably fallen ones), earthy rulers, or what’s happened in the past, is happening now, or will happen in the future, can ever keep you away from being with God (Rev 21:3; 21:4)!  No power, not height, no depth, and to seal the deal; how about anything “in all creation!”  That covers it, doesn’t it?

Being a father (and grandfather), this verse has more meaning to me than it used to before I was married.  I know what it feels like to have compassion on a crying child of mine.  I knew they were just children, somewhat fragile, and their feelings were easily hurt.  God knows that about us too, but He is tender with us because He knows “we are dust” and “knows our frame” isn’t very sturdy.  That’s how our heavenly Father cares for us…infinitely more than any earthly father would.

John 14:27 “Peace I leave with you; my peace I give to you. Not as the world gives do I give to you. Let not your hearts be troubled, neither let them be afraid.”

If I had to choose between Jesus’ peace and the peace the world leaves, that’s a no-brainer, isn’t it? Jesus’s peace remains, while the world’s peace is fragile, uncertain, and doesn’t usually last very long.  The peace that Jesus’ leaves us remains; the peace the world brings comes and goes.  Now that you know this, try not to let “your (and my) hearts be troubled” or “afraid.”

Romans 5:1 “Therefore, since we have been justified by faith, we have peace with God through our Lord Jesus Christ.”

Have you heard the saying about being justified?  It’s “Just as if I’d never sinned.”  That may be true once a person is saved, but it’s certainly not true that we never sinned.  It might be like that now, but our sins left marks on Jesus body.  Jesus had scars, pierced hands and feet, and marks where the crown of thrones was placed, so it’s not “just as if” it never happened to Jesus!    This is the only reason we have the peace of God because we’re at peace with God through Jesus Christ.

Did you notice the number of references given from Romans chapter 8?  This is no coincidence, because this chapter has what some call, “the golden chain.”  This refers to Romans 8:28-30 which says for those “who love God all things work together for good, for those who are called according to his purpose.  For those whom he foreknew he also predestined to be conformed to the image of his Son, in order that he might be the firstborn among many brothers.  And those whom he predestined he also called, and those whom he called he also justified, and those whom he justified he also glorified.”  Notice it’s all about “He” and not about me…or you.  That gives God 100% of the glory for our salvation, as it should be.  In fact, we can’t even come to Christ unless the Father draws us (John 6:44).  If you’re a child of God, rejoice!  Be encouraged. He’s going to bring you into glory someday (Rom 8:18).