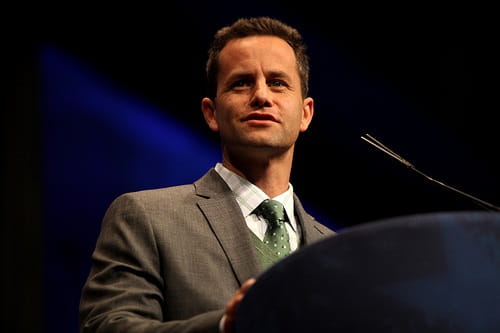 Christian movies no matter how great we in the community think they are will always have trouble becoming a mainstream box office success.  So below is a rather coveted list counting down the top 13 grossing movies all time for the Christian genre.  Lots of great movies here including a trilogy of Kendrick Bros. films and the blockbuster Narnia trilogy as well as the biggest and most controversial movie ever made about Jesus Christ.

Released in 2006 this is a great underdog story with awesome biblical ties.  Alex Kendrick wrote, starred, and directed while the rest of the cast was made up of volunteers from Sherwood Baptist Church.  This movie centers around the story of Coach Grant Taylor and his life in Christ both on and off the field.

This is a docudrama from 2005 that is recounting a true story from 1956 about 5 male missionaries.  The missionaries travel to the jungles of Ecuador to evangelize tribesmen.  Ultimately all 5 are murdered by spear and therefore the story is told from the point of view of the son of one of the murdered missionaries.

This is a thriller from 1999 that takes place prior to the millennium about the antichrist having a plan to take over the world.  In 2001 there was a bigger budget sequel called Megiddo: Omega Code 2 which proved to be less popular than the original.

10. The Pirates Who Don’t Do Anything

Released in 2008 this is the first of two Veggie Tales movies that make the list.  A story where 3 lazy Veggies dream of someday putting on a show about pirates.

9. One Night With the King

A story about a jewish girl named Hadassah who will go on to become the biblical Esther.  This movie was released in 2006 and had a good opening weekend with 4.1 million.

Released in 2002, the Veggies have some car trouble and get stranded at a seafood joint where nothing is what it seems.

Fireproof was the highest grossing independent film in 2008.  Co-written by the Kendrick brothers, but this time they brought in some star power giving the lead role to Kirk Cameron.  A great movie and moral lesson when you watch this one.  “Never leave your partner behind”, we should all “Fireproof” our marriages.

"The  Truth"  Ephesians 5:28- “In the same way husbands should love their wives as their own bodies.  He who loves his wife loves himself.”

Ephesians 4:2- “With all humility and gentleness, with patience, bearing with one another in love.”

The final movie on our countdown from Sherwood Pictures, released in 2011 proved to be their biggest edging out Fireproof.  Tag lined “Honor Begins at Home” this is a story centering around fatherhood.  They scored one of the biggest Chrisian opening weekends ever with 9.1 million opening weekend alone.

Released in theaters in 2006 the story revolves around Mary and Joseph and their fateful journey toward Bethlehem.  It is a great depiction of God’s Will playing out via pre-destination.

4. The Voyage of the Dawn Treader

A 2010 release, the Pevensie siblings return to Narnia with their cousin Eustace.  This time they will meet up with Prince Caspian and go on a voyage aboard the “Dawn Treader”.

Released in 2008 this is the follow up to The Lion,  the Witch, and the Wardrobe.  This movie had a huge opening weekend scoring over one third of its total(55 Million) on opening weekend by itself.

2. The Lion, the Witch, and the Wardrobe

A tale of 4 kids who find their way through a magical wardrobe, which takes them to the land of Narnia.  Here they will learn of their destiny from a mysterious Lion.  This film was the first of the Narnia series released in 2005, but still holds the biggest total gross of the franchise.

1. The Passion of the Christ

The King of Christian movies fittingly is all about the “King of Kings”.  Controversial from the very beginning of production, Mel Gibson kept the faith and got it done.  This film stands as the box office water mark for now, with seemingly no end in sight.  Released in 2004 it grabbed attention around the world.  I think it’s great that this is the number 1 movie of all time in the genre because the Resurrection is what sets Jesus apart from any other prophet, healer, lord , or king.  Gibson delivers a very realistic and compelling work.  Jim Caviezel was an absolutely appointed selection as the portrayal of Christ.

2014 Teaser: It is worthy to note that an upcoming film depicting the story of Noah’s Ark is in production and slated to be in theater’s in March 2014.  Darren Aronofsky is the writer and director who’s latest effort was the critically acclaimed “Black Swan.”  Russell Crowe plays the lead role of ‘Noah’ and is  joined by such big names as Jennifer Connelly, Emma Watson, and Anthony Hopkins which means this is a film to definitely go see and could threaten this list as a potential top 5 contender.  Only time and God’s Will can say for sure though.

Quick Note: We accidentally forgot to put "Chariots Of Fire" in this one.  It grossed almost 59 million dollars and it deserves to be mentioned for sure!

I’ve had a great time compiling this list, although this list was dictated by the numbers I am very pleased to see which Christian flicks did well all time.  Happy to see a good mix of Kid friendly between Narnia and Veggie tales, as well as seeing all the wild success of the Kendrick Brothers.  No doubt I love seeing “The Passion of the Christ” atop the list,  the movie that helped show me who Jesus was and what he really did for all of us.

Every once in a while there comes a day that jut knocks you off your feet a little. The world starts spinning faster than you can move and suddenly you find yourself on the floor. That’s the perfect place to look up to the God who will pick you up, brush you off and give you the loving push you need to get back on your feet. The songs below are reminders that there is nothing you can’t do when you reach for His hand. Hope they can give you a lift today.