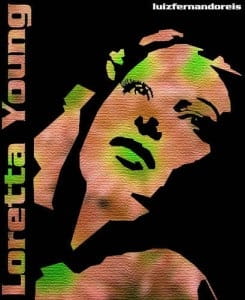 When Hollywood is represented in the media, you rarely hear about the faith of the actors/actresses.  This is more than likely due to the fact that most movies are driven by sexuality, vulgarity and obscenities.  However, there are some women of faith in the movies and television today.  Here is a look at some of them.  Please note that these women may have made some bad choices in their careers just as we all make bad choices in our day to day.  These women are not perfect.  They are professing Christians.

Roma Downey is known for her role as, Monica, on the television series Touched by an Angel.  During the beginning pilot season of 1994 she received a script for the series and she said, “Now this is curious, I remember thinking because I'm a person of faith; the spiritual aspects got my attention.”  She is also executive producer on a new series, The Bible, which is scheduled to air on March 3, 2013.

Jen Lilley is one of the biggest influences on the frontlines of Christianity in the media.  She talks about her faith everywhere she goes.  After deciding to step down from a role in General Hospital she said, "I'm actually really excited to be off of 'General Hospital' because I know God orders my steps, and this only means He has a new adventure for me.  I pursue God on a daily basis; I'm not stepping into oblivion."

She had a great role model in her mother.  When her little brother was still in the womb, he was diagnosed with spina bifida.  He was delivered still born because the umbilical cord was wrapped around his neck.  The miracle is that her mother looked at her little one and said, “be healed in Jesus’ name” and her brother was brought to life instantly.  How amazing is that!  Not only did that happen, but he has a great life now and is completely healthy.

Favorite quote: “I think the best way to start and end each day is to express gratitude to God for something.”

Della Reese is also a famous Christian actress from the television series Touched by an Angel.  She acted in the lead role of Tess.  In the years following the show, she became an ordained minister in 2010 and now pastors a church in Inglewood, California.

Favorite Quote:  “When you really believe in God, it gives you a courage, a confidence that enables you to meet the things coming.”

Loretta Young is an actress who got her first role in 1914 for the film, The Only Way.  She came from a broken home of divorce.  She was only 3 when her parents divorced.  She latched onto acting with flying colors.  Everything she did was really good and she always dedicated herself completely to playing the parts she was given.  She is widely known for her most popular film, The Farmer’s Daughter, where she received an Academy Award for Best Actress.  A&E showcased her biography in 1987 and said, “behind the glamor and stardom is a woman of substance whose true beauty lies in her dedication to her family, her faith, and her quest to live life with a purpose."  Loretta Young passed away August 12, 2000.

Favorite Quote:  “I’m grateful to God for His bountiful gifts.  He gave me courage and faith in myself.”

Chynna Phillips mostly known as a singer for Wilson Phillips has also acted in the movies.  She had roles in Caddy Shack II and Say Anything.  She is a born again Christian and released a Christian album, One Reason, in 2009.  She is still married to her love, Billy Baldwin.  They have been married since 1995.

Favorite Quote:  “Although I did accomplish a lot of the things I wanted to… as a member of Wilson Phillips, nothing compares to what I’m doing now. Nothing is more gratifying as a Christian believer than being able to thread my faith and love for Jesus into my music.”

Meagan Good starred in the movie, Think Like a Man.  She married Seventh-day Adventist preacher, DeVon Franklin, whom is also an executive with Sony Pictures Entertainment.  Meagan has a deep faith in God and it is clear by some of the things she has said.  Here are a few.

"Our wedding night will be the first time we're actually together,"

"We want our marriage to be one of truth, one of love, and hopefully model God's love.”

These are 6 women who have lived or are still living that have faith in Jesus Christ.  They are all striving to be more like Jesus each and every day.  I hope and pray that women in the media who believe in Jesus will be encouraged by these women to boldly proclaim their faith in the world.  Do you recommend any suggestions for Christian actresses?  I would love to know who you think should have been on this list.  God bless!

"The Truth" Colossians 3:23 Whatever you do, work heartily, as for the Lord and not for men.