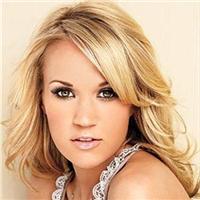 The first country singer to win American Idol, Carrie Underwood grew up in the small town of Checotah, OK, and began singing with her church at the tender age of three. Throughout her childhood, she also performed at functions for the Lion's Club and Old Settlers Day, eventually grading to festival gigs in several states. Along with developing her singing, Underwood learned to play guitar and piano. She graduated from high school as her class salutatorian and majored in mass communication at Northeastern State College with an eye on a career in broadcast journalism, but continued her singing career throughout her studies. As a senior just a few credits short of her degree, Underwood heard about the auditions for the 2005 season of American Idol. She tried out for the show at the St. Louis, MO, auditions, and her innocent charm and pure, pretty voice ended up winning her not only a place among the 12 finalists, but the title of 2005's American Idol. Her debut single, Inside Your Heaven, was released that summer, and she began recording her debut album after completing the American Idols Live! tour. Some Hearts was released later that fall and became a smash hit, selling over 300,000 copies in its first week and eventually going platinum a whopping seven times. The album's lead single, "Jesus, Take the Wheel," was also a big success, topping Billboard's Hot Country Songs chart for six weeks. Acclaim for the album and single spilled over into 2006, when Some Hearts re-entered Billboard's Top Ten after Underwood's appearance on the 2006 American Idol finale. Meanwhile, "Jesus, Take the Wheel" won Single Record of the Year at the Academy of Country Music Awards (where she also won Top Female Vocalist); a Dove Award from the Gospel Music Association; and Breakthrough Video and Best Female Video at the CMT Awards, making her the only double winner at the event. Despite her hectic career as a country music star — which included carrying her Some Hearts tour through the fall of 2006 — Underwood found the time to finish her degree and become a spokesperson for People for the Ethical Treatment of Animals (who named her 2005's World's Sexiest Vegetarian). "Before He Cheats" was released as Underwood's third single late in 2006, and became her third country number one and her fourth total number one hit. That December, she won five Billboard Music Awards: Album of the Year, Top 200 Female Artist of the Year, Female Country Artist, New Country Artist, and Country Album of the Year.Early in 2007, Underwood began work on her second album, while "Wasted" became the fourth single taken from Some Hearts; she performed it on an episode of American Idol that March, and the following month, it hit number one on the Hot Country Songs Chart. Underwood gathered more accolades by winning three awards at the 2007 CMT Awards — Video of the Year, Female Video of the Year, and Video Director of the Year for "Before He Cheats" — and taking home two Grammys. She also took home three 2007 ACM Awards in May, which included Album of the Year for Some Hearts and Top Female Vocalist. She made another trip to American Idol late in the month for the sixth season finale, where she sang "I'll Stand by You" to a standing ovation. During the show, Clive Davis recognized Underwood's sextuple-platinum sales; Underwood was the first country artist to sell that many copies of a debut album since LeAnn Rimes' Blue in 1996. She also appeared on Brad Paisley's album 5th Gear, which was released in June 2006. Riding on that swell of support, Underwood released the sophomore effort Carnival Ride in October 2007. Four of the album's tracks hit the top of the country charts, pushing the album to multi-million sales and earning her an additional Grammy Award. Two years after the album's release, Underwood released her third studio effort, Play On, which found her devoting more focus than ever to her songwriting abilities. She co-wrote seven of the album's tracks, including the leadoff single, "Cowboy Casanova."

Carrie Underwood On Marriage: 'We Know God Brought Us Together' 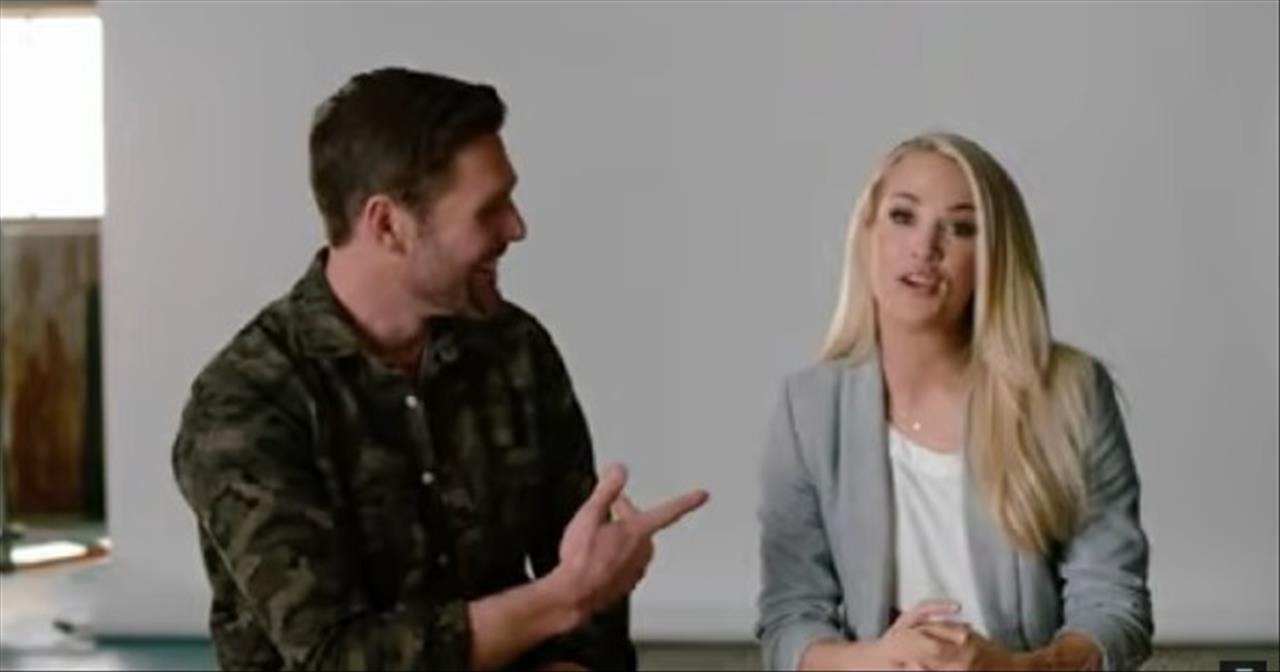 Carrie Underwood On Marriage: 'We Know God Brought Us Together' - Inspirational Videos

This interview shows the thoughts of Carrie Underwood on marriage: ‘We know God brought us together.’ If you haven’t seen much about Carrie Underwood’s relationship with hockey star Mike Fisher, this video gives a nice glimpse into their marriage and faith. It’s episode four from a series called ‘Mike and Carrie: God & Country,’ so there’s more to check out if you’re inspired by their faith. The interview begins with a clip of Mike from 2014 talking about how he found God. He started with, “Cause I reached my dreams, I had money and everything I thought was cool, and it just wasn’t working and I knew the answer.” He felt unfulfilled with his life when he thought he had everything he could ever want. The one thing missing was God. Fast-forward to his life with Carrie and their two boys, he put his life in the hands of God and now happily owns a hunting business. Carrie expressed how opposed she was to hunting and eating meat but said you shouldn’t have every single thing in common in a relationship. “We know God brought us together and trust His judgment. And then, just finding kind of ways to compromise through it.” What a beautiful way to look at your marriage. We are all individuals with our own opinions and ideas. The point of marriage isn’t to find someone like yourself. As Carrie said, that would be “no fun!” God puts people in our lives that help us grow as humans. We should trust his judgment as Mike and Carrie do. Mike followed her by saying, “We’re not perfect. We don’t have a perfect marriage. But we have that one thing in our faith, and that’s why we’re here. To glorify God with what we’ve been given. And hopefully, we point people to the answer.” God has blessed them with a wonderful marriage and family, but that doesn’t mean they don’t have difficult days. All of it is a part of His plan.