9 Emotional Auditions that Made the Judges Cry 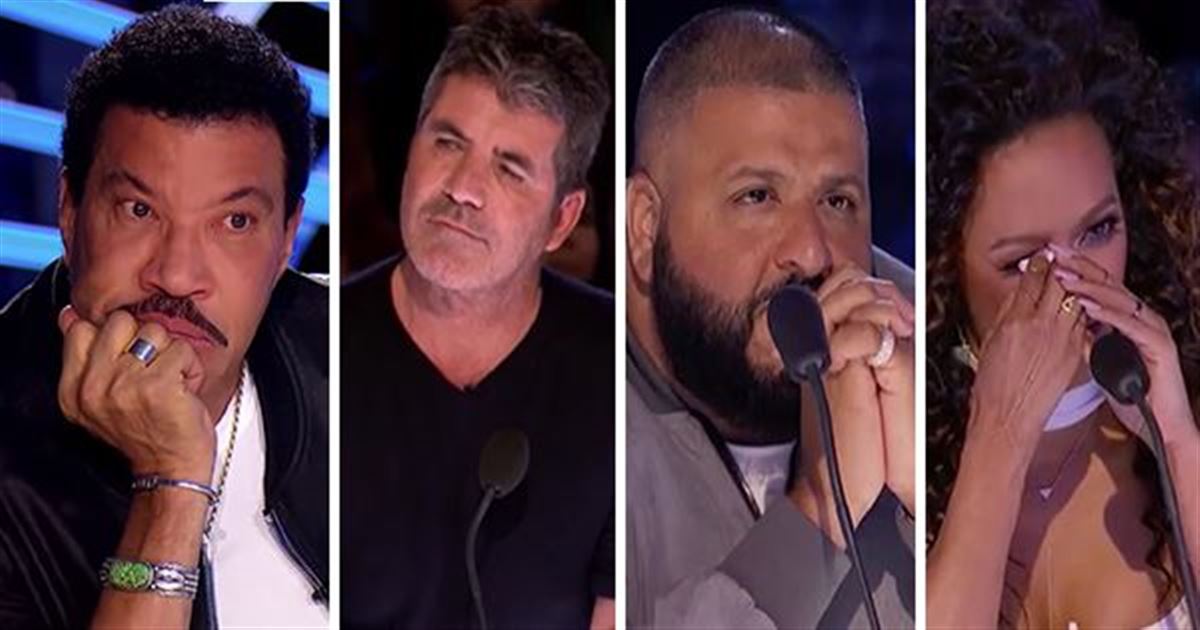 After a long hard day, there’s nothing better than collapsing into your favorite chair, tuning in the TV and living vicariously through ordinary people whose dreams become reality right before our eyes. Although many want to accomplish their dreams, it’s the ones with the most heart-wrenching stories that worm their way into our hearts. Here are nine emotional auditions that make the judges cry.

Twenty- year old blind autistic singer Kodi Lee captured all of our hearts when he walked onto the America’s Got Talent stage. Singing and playing the piano for his audition, his voice, showcasing wisdom beyond his years, had new judge Julianne Hough in tears and landed the golden Buzzer from another new judge, Gabrielle Union. Kodi’s performance has set the bar high on the level of talent of this show this year.

“I feel really proud of myself,” said a choked-up Tyler after finishing a stellar audition on the reality show. Surviving leukemia and a victim of childhood bullying, Tyler established himself as one of the frontrunners for the finals set to air in September. Landing the golden buzzer from Simon Cowell, America’s Got Talent fans are in for a treat with the phenomenal level of talent this year.

Shayy - Lionel Richie Can't Stop the Tears During Her Audition

When blind contestant Shayy walked into the American Idol room to audition, judges Lionel Richie, Katy Perry, and Luke Bryan knew they had stumbled onto greatness. With her rendition of the song Rise Up, Lionel Richie could not contain himself. “I just have to do this,” he said as he got out of his seat and hugged the young woman. Although she did not make the cut of the top 20, Shayy stole hearts of American Idol fans everywhere. On finale night, idol fans waited with anticipation to find out who captured the beloved title, but Shayy’s performance of the song with actual singer Andra Day stole the show.

YOU MAY LIKE: Audition for Late Husband by Lauren Engle Hits American Idol Judges Hard

Kechi Okwuci is a Christian Nigerian American singer who touched souls on America’s Got Talent in 2018. But no one knew her before she waltzed onto the American Got Talent stage last year. She is one of only two survivors of the Sosoliso Airlines Flight 1145 plane crash in December of 2005. Suffering third-degree burns on the majority of her body and having to go undergo countless surgeries, Kechi’s voice is one thing the crash did not destroy. Now a motivational speaker, Kechi reminds the world that miracles do happen and God can use anyone in any situation for His glory.

The father turned singer realized his dream of signing on a big stage for AGT last year. A Christian, he along with his wife Ivey, adopted five boys, one of which has cerebral palsy, which made his story on America’s got Talent especially emotional. His incredible performances pushed him along each week, only to win fifth place in the finals, losing to magician Shin Lim. However, he knocked it out of the park with his hit performance in the finals of a song written for him by Garth Brooks, which fans thought had clinched him the title. However, it was the best thing to not win as he was able to share his story in an “I Am Second” video on a website created by Kendrick Brothers.

Unfortunately, his fame has been marred as he was arrested for suspicion of domestic violence after police were called to his Hollywood hotel room because of an argument. No charges were filed, but Garth did cancel his appearance at one of his concerts.

Donaldson walked onto the American Idol audition room with stars in his eyes and high hopes for his life post Idol. His performance of the song Jealous by Labrinth showed off his singing chops, but it was his young son who came into to the room after his audition that had fans and judge Lionel Richie breaking out the tissues.

Everyone can relate to a single dad trying to provide a better life for his son, and this was no exception. Although he did not make it to the finals, fans had Marcio Donaldson etched on their heart for years to come.

It wasn’t just singers that can bring tears to a judge’s eyes. Briar’s performance in the Cut round choreographed to Celine Dion’s song Ashes, had Jennifer Lopez put a hand to her face trying to wipe tears away.

Although Briar was almost cut from her division, World of Dance’s new addition to their show, the Redemption round allows dances who earned the highest scores amongst those who lose their round to come back in a fight-for-your-life round. After Briar danced her heart out (and made a  mistake) she thought she was out. Yet because of her heart and passion for dance, the judges to voted her back in, making it to the finals of this year’s show. Briar proves that you don’t need an entourage to tug on heartstrings and dance your way into fan’s hearts.

Shy Evie walked onto the America’s Got Talent stage as just as another singer, but she walked off the stage a winner. Singing a breathy rendition of Macy Gray’s song I Try, she pursued her signing dreams after discovering her father had colon cancer. One of her biggest fans, Dad stood backstage watching with pride as his little girl pursued her dreams. Not knowing if he will live or die, Evie sang her best week after week.

In one of her final performances, she informed fans could not come due to his battle with cancer. She did not make it to the end, but if her performance tells us anything it is to pursue your dreams no matter the cost, because we are not promised tomorrow.

“From the moment he walked onto the stage, he had this smile, he had this energy he had this electricity,” beamed Howie Mandel after giving his buzzer to the rapper and singer. Welcomed by thunderous applause to his friends and family in the audience we all could relate to Joseph’s ability to tell a relatable and heartwarming story through song. Advancing to the finals as well, fans won’t know who to choose when it comes to finale night set to air in mid -September.

Although we are still wiping away our tears, reality shows like America’s Got Talent, American Idol and World of Dance prove nothing is impossible when you follow your dreams. It also shows that even an ordinary person can achieve the impossible.

ABOUT THE AUTHOR Michelle Lazarek is a multi-genre award-winning author, speaker, pastor's wife, and mother. She also is a literary agent for Wordwise Media Services and sought after workshop presenter for writer's conferences such as She speaks and the Greater Philly Christian Writers conference. When not working, she enjoys sipping a Starbucks latte, collecting 80s memorabilia and spending time with her family and her crazy dog, Cookie. For more info, please visit her website www.michellelazurek.com.

YOU MAY LIKE: Nick Townsend Dedicates Audition to Tragic Loss of 2 Brothers

God’s hope for us this season is this: He is able.