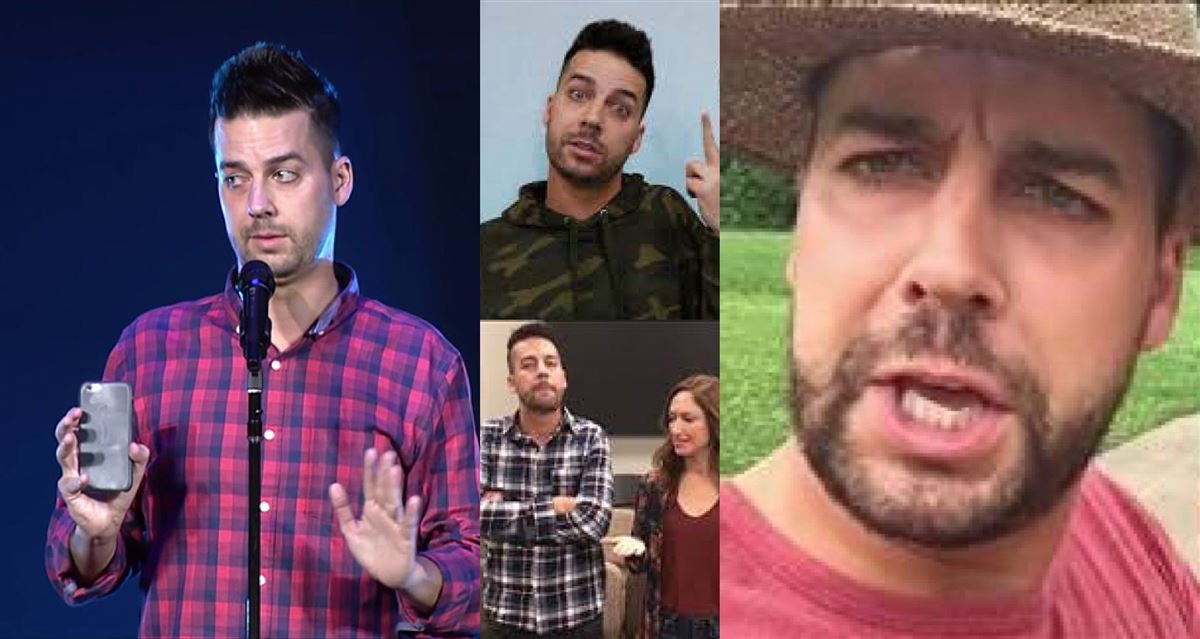 John Crist made himself famous with his Youtube videos satirizing Christian culture. But what people may not know is he started out doing stand-up comedy routines. Those who have grown up in the church especially enjoy John’s use of punchy, witty humor. With John, no area of church culture or Christianity in general is off limits. For a good laugh, check out these hilarious videos, touching on everything from annoying t-shirt slogans, to creating a pastor fantasy draft and just about everything in between:

“Namaste in bed,” “Can’t adult today” and but first, coffee,” as well as  other silly slogans on t- shirts have become a part of Christian culture. Most of these t-shirts promote laziness and a lack of motivation. John capitalizes on this message in the funniest way possible in this video:

To raise children in the Lord, we need to keep children on a path straight to God, not hedonism. As Psalm 101:3 says, “I will set before my eyes no vile thing,” we need to monitor what our children set beside their eyes, including the cartoons they watch. Even cartoons can promote secular messages to young, innocent minds. Cartoons like Pokemon and the Simpsons have obvious messages that go against scripture, but My Little Pony? Caillou? In this video, John shares just some of the 1000 responses to his question he posted on social media that asked, “what cartoons where you not allowed to watch as a kid?”

In classic Crist fashion, John uses every cliché to satirize what a Christian woman would say as she is trying to find a parking spot while being late for church. From his “name and claim it” proclamation of a spot to demanding respect for herself after being a part of the church for twenty-seven years, John makes us feel like we are not the only ones who summon the Holy Spirit to nab us a parking spot at our church:

In one of John’s most hilarious videos, John applies verses to almost every shopping situation in the mall. Do you know someone who proclaims they are “running the race marked out for them” while strolling past the Finish Line? Or declaring “for such a time as this,” while picking up a fancy gold watch? Whether you like to window shop or participate in some major retail therapy, you’ll find John’s video simply hysterical-

In this video, John takes a humorous, -- yet truthful—look at creating the perfect pastor line up based on their “Pastor performance rating,” it’s  like QBR except for pastors.” John and friends pick pastors based on ease of listening to sermons, rising number of attendance.“The non-denomination domination” team make their draft picks based on number of weekly attenders divided by number of satellite campuses. Not only does John take a humorous look at Christian celebrities, he also takes a swing at Christians’ ability to place numbers and celebrities over calling and the power of the Holy Spirit-

Family On the Way to Church

Every parent can relate to John’s parody of a husband and wife struggling to get themselves and their children to church. From putting make-up on in the car to not caring if their son lost his Triceratops because “they are not even in the bible” every Christian will laugh—and relate—to this parody:

Every Parent at Disney

Anyone who has gone to Disney knows the overpriced merchandise as well as the attractions even homeschoolers love—like the hall of Presidents! The best line from this video: “Bedazzled mouse ears? You want those baby, or do you want to go to college?” This video made Kohn’s best video of 2018 in terms of views (over 20 million views) and part of what propelled him to become a household name:

“Roses are red, I’m sick of men, I’m buying flowers for myself again.” Every woman who hasn’t had a significant other on that famous day in February has ridden the rollercoaster ride of emotions watching everyone else celebrate the day but them. Even if you are in a relationship, you’ll get a kick out of watching John Crist and Trey Kennedy play two single women stuffing their faces with chocolate and grabbing a bottle of wine to drown their sorrows and eat their feelings:

17 Christian Ways to Say No

Know someone who just can’t say no? From “I’m good,” to “I’ll pass,” John tells all of the ways Christians say no without rally saying no. John says, “I don’t know if you knew this or not, but when you got saved you received eternal life, forgiveness of sins and access to a whole list of ways to say no that will make you sound way more spiritual than you actually are.” Have you used any of these phrases?

How It’s Made: Christian Music

Christians turn on K-Love or other well -known Christian radio stations to hear their favorite worship song, but have you ever wondered how those songs are made? As always John pokes fun at the formula of Christian music, including the holy trinity of music Chords: A,D,G. Throw in “some vague Christian references” and some geography like oceans or streams, and watch that unpopular dirge transform into a song that “just sounds Christian”:

Pairing up with Tim Hawkins, this oldie but goodie from 2014 has John and Tim creating tweets from everyday life situations. Between Tim’s super quick wit and John’s gift for satirizing pop culture, it’s hard to tell who’s funnier. Regardless, you’ll have finished the video with one question in your mind: do I really want to be listening to Justin Bieber when an airplane goes down?