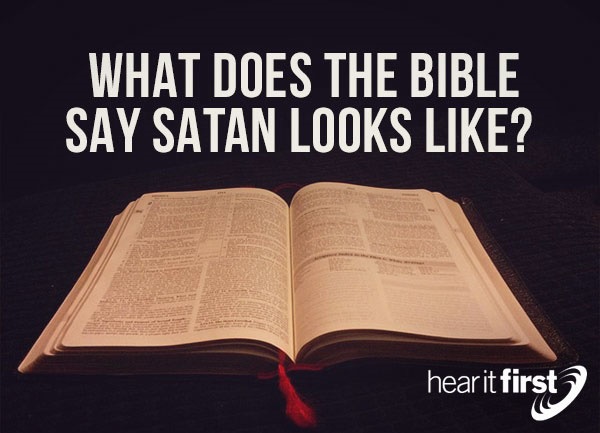 The Master of Disguise

Satan is a master of disguise and that there are “false apostles, deceitful workmen, disguising themselves as apostles of Christ” but “even Satan disguises himself as an angel of light.  So it is no surprise if his servants, also, disguise themselves as servants of righteousness. Their end will correspond to their deeds.” (1st Cor 11:13-15) so not everyone that stands behind a pulpit is a minister of God.  They might appear as an “angel of light” but their message is one of darkness for they never preach about the blood of the Lamb, the need for repentance, living in holiness, sanctification, fleeing sexual immorality, confession of sin, and other such essentials of the faith.  The “angel of light” ministers preach another gospel that God wants you to be happy, prosperous, and healthy but that is rarely the case for the Christian because Jesus said that we must enter “through the narrow gate. For wide is the gate and broad is the road that leads to destruction, and many enter through it. But small is the gate and narrow the road that leads to life, and only a few find it” (Matt 7:13-14) so the mega churches that have the masses or the many, may be headed down the wrong path; the path “that leads to destruction.”

If we can describe an angel, we must conclude that they have no body per se, but are composed of spirit and not of matter, so it’s hard to give a physical description of Satan or angels since they are spirit and you can’t see spirit but we have some clues from the Old Testament.  By the way, God did not create an evil being in Satan because at first God describes Satan as being “the signet of perfection, full of wisdom and perfect in beauty” (Ezk 28:12) and apparently this beauty of Lucifer (later, called Satan) consisted of “every precious stone was your covering” like “sardius, topaz, and diamond, beryl, onyx, and jasper sapphire, emerald, and carbuncle; and crafted in gold were your settings and your engravings” (Ezk 28:13).  Picture this being!  How beautiful and originally, how perfect he was but something drastic happened because in the beginning, “You were blameless in your ways from the day you were created, till unrighteousness was found in you” (Ezk 28:15).  Just as with happens with people that are beautiful, Satan’s “heart was proud because of your beauty; you corrupted your wisdom for the sake of your splendor. I cast you to the ground” (Ezk 28:17).  The obvious image these Scriptures leave us is that Lucifer was a brilliant, most beautiful created being that was splendid beyond human description but his pride changed everything, apparently even his appearance as we shall read.

Demons are simply fallen angels that followed the rebellion in heaven where Satan or Lucifer, tried to overtake and sit in the throne of God with the desire to be worshiped. His pride cause his fall and Lucifer, which means “light bearer,” became the “prince of darkness.”  The Apostle Paul writes that you and I “were dead in the trespasses and sins in which you once walked, following the course of this world, following the prince of the power of the air, the spirit that is now at work in the sons of disobedience— among whom we all once lived in the passions of our flesh, carrying out the desires of the body and the mind, and were by nature children of wrath, like the rest of mankind” (Eph 2:1-3) so he is apparently still right “now at work in the sons of disobedience” and of which, we were once part of that kingdom of darkness.

The Fall from Pride

When Lucifer or as he was once called the “Day Star” fell from heaven, it was written by Isaiah the Prophet; “O Day Star, son of Dawn! How you are cut down to the ground, you who laid the nations low” saying to himself, “I will set my throne on high; I will sit on the mount of assembly in the far reaches of the north” (Isaiah 28:12-13) because he said he wanted to “make myself like the Most High’ (Isaiah 14:14).  Pride does come just before a fall or as Solomon wrote “Pride goes before destruction, and a haughty spirit before a fall” and what a great fall it was (Prov 16:18) so “When pride comes, then comes disgrace, but with the humble is wisdom” (Prov 11:2) and this applies to every created being; humans, demons, and Satan.  God says, “Pride and arrogance and the way of evil and perverted speech I hate” (Prov 8:13).  Just as it did with Satan and his demons, so too will “One’s pride will bring him low” (Prov 29:23a).

What does Satan and the demons look like?  We can’t say with precision because the Bible does not give us a complete description of him.  We know he is spirit and spirit is invisible, so to the naked eye, Satan is not visible at all.  We may not know exactly what Satan looks like but we do know his attributes.  We know that He is a liar from the very beginning and the father of lies as Jesus said of the Devil, “He was a murderer from the beginning. He has always hated the truth, because there is no truth in him. When he lies, it is consistent with his character; for he is a liar and the father of lies” and as the Apostle Peter warns us to “Be sober-minded; be watchful. Your adversary the devil prowls around like a roaring lion, seeking someone to devour” (1st Pet 5:8).

This story teaches us several life principles to help us navigate hard situations with courage.