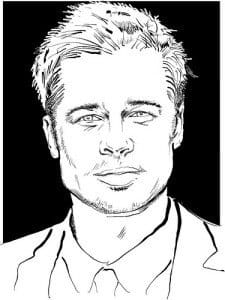 Hollywood’s horizon for the Christian genre is on fire.  There are at least 8 movies possibly set to release that are Christian based.  However controversial some of them may end up being like Paul Verhoeven’s “Jesus of Nazareth” which is probable to be the most contested Christian film since Martin Scorsese’s “The Last Temptation of Christ.”  There are some very mainstream names involved in these upcoming new releases such as Ridley Scott, Steven Speilberg, Darren Aronofsky, Mel Gibson, Russell Crowe, and even potentially Brad Pitt.  Enjoy the countdown of the top 8 prospects for the Christian film genre.

“The Buzz”- Nicolas Cage is set to play the lead role of Ray Steele.

A remake of the 2001 Left Behind movie series is on the way for 2014.  The project is being headed by Paul Lalonde and John Patus both of whom worked on the original movies which starred Kirk Cameron.  The movie makers are trying for more mainstream appeal this time around.  Three big name stars have already agreed to getting left behind including Nicolas Cage, Chad Michael Murray, and Ashlely Tisdale.  The plot will take place a few hours after the Rapture.  Every Believing Christian has vanished from Earth.

“The Truth” Luke 24:27 And beginning with Moses and all the prophets, he interpreted to them in all the scriptures the things concerning him.

“The Buzz”- We almost had Mel Gibson working on a “Faith Based” film until a poor script made Warner Bros. lose interest.

Originally announced by Warner Bros. as a green lit project in September 2011 with Mel Gibson attached to produce and potentially direct.  This was to be the story of Judah Maccabee, the Jewish warrior.  The choice to have Gibson work on a Jewish film project was a risky one, after the controversy already surrounding him from the release of “Passion of the Christ” in 2004, and his remarks about “Jews” after his 2006 DUI arrest.  However Mel’s name being attached to this film was not the reason it has at least for the time been scrapped by Warner Bros.  Reports are that when Screenwriter Joe Ezterhas (“Basic Instinct”) came back with the script executives were less than impressed and thus decided to pass for now.  As much as I wanted to see Mel Gibson back involved in a “Faith Based” movie it appears that we will have to wait and see what may come.

“The Buzz”- Roger Avary will write the screenplay, he shares an Academy Award with Quentin Tarrantino for Pulp Fiction.

Certain to be the most controversial on this list once it is released, Director Paul Verhoeven has found financial backing and a Screenwriter.  Reportedly providing the funding is Muse Productions Chris Hanley (American Psycho).  Landing the writing role is Academy Award winner Roger Avary (Pulp Fiction). This movie will be based on an already highly controversial book co-written by Verhoeven. According to the early buzz, Verhoeven will be portraying a very “Human” side of Christ and to what extent will I’m sure also dictate the degree of outrage from the Christian community.

“The Truth” John 19:5 Then Jesus came out, wearing the crown of thorns and the purple robe. And Pilate said to them, “Behold the Man!”

“The Buzz”- Brad Pitt may play the most villianized character in biblical history, Pontius Pilate.

The early scoop is that it is a script by Vera Blasi showing Pilate as a suitable soldier and leader who finds himself between a rock and a hard place.  The visual is said to come across as biblically accurate with a  “Gladiator” makeover to suit the modern day audience.  Pontius Pilate is one of the most vilified and controversial characters in all of the Bible.  Other characters featured in this story are Caligula, John the Baptist, Salome, and Mary Magdalene.    The big early story in this project is that Brad Pitt may play the lead role.  It will be interesting to see how they portray Pontius Pilate’s role in the crucifixion of Christ, as this could light a huge fire of debate.

“The Truth” Exodus 3:6 I am the God of your father, the God of Abraham, the God of Isaac, and the God of Jacob. Moses hid his face, for he was afraid to look at God.

Warner Bros. definitely views the Biblical genre as a future movement, because they are heavily invested in this picture.  Landing an early homerun when they got Steven Speilberg to be the Director.  Dual credits for screenwriting  going to Stuart Hazeldine, and Michael Green.  No word on any cast members yet, but we hear this movie will cover the life of Moses from Birth to death.  This will be based mostly off of the book of Exodus and other Old Testament stories.

“The Buzz”- Fox has landed Ridley Scott to direct their interpretation of a Moses epic.

“I honestly wasn’t paying attention in school when I was told the story of Moses.  Some of the details of his life are extraordinary.” – Ridley Scott

I’ve heard it said before that Moses was one of if not the closest human to God in all of history.  Moses is considered by many a prophet and a spiritual leader.  Moses is interesting enough to attract Ridley Scott and Speilberg to both do epic major studio releases at essentially the same time.  That should be a treat for the fans.  This Moses epic is said to have a working title of “Exodus” and will be put out by News Corp.’s 20th Century Fox Pictures.

“The Truth” Isaiah 7:14 Therefore the Lord himself will give you a sign. Behold, the virgin shall conceive and bear a son, and you shall call his name Immanuel.

“The Buzz”- This is the pseudo prequel to “The Passion” featuring writer Benedict Fitzgerald.

I am pacing back and forth in anticipation for this somewhat prequel to “The Passion of the Christ” set to be released in 2014 and directed by Alister Grierson (Sanctum).  Lionsgate is backing the film and the reason it is somewhat of a prequel is because co-writer Benedict Fitzgerald(who co-wrote “The Passion” with Mel Gibson) is back, this time co-writing with Barbara Nicolosi.  Pastor Joel Osteen will be the Executive Producer on this project.  Actors that have signed on to the cast include 15 year old Odeya Rush (Young Mary), Julia Ormond, and Peter O’Toole.

This movie set to release in March 2014 has taken the #1 slot on our countdown because it is to date the most complete film with the most marketing behind it at this point, thus creating the most heat in the Hollywood circles.  With Russell Crowe as your lead and big studio backing as well as an A-list Director in Darren Aranofsky this movie has all the right ingredients.  With the story of Noah being depicted from the book of Genesis, this is another movie where it will be interesting to see how the audiences receive any of the cinematic interpretation of the story compared to the way the Bible reads.

“The Truth” Genesis 6:8 But Noah found favor in the eyes of the Lord.

Clearly we can see a movement of “Faith Based” works coming through the Hollywood offices.  The Movie Bible belt will produce at least 7 major epic Biblical pictures over the next 2 years.   We here at F&E will bring you more details as they develop on all of these projects.  Finally Hollywood has recognized there is a major audience wanting to see their favorite stories from the Bible brought to life on the big screen.  If “The Passion of the Christ” was ahead of its time, then the time for Christian movies to become a stronghold in Hollywood may be upon us now.  If a majority of these movies find mainstream success we could see an era when “Faith Based” becomes as marketable as “Pixar” or “Marvel” movies.

Please share with us at F&E in the comments if you know of any rumored works we haven’t heard of yet.  Hope this was informative and exciting.  God Bless, Jesus is King!