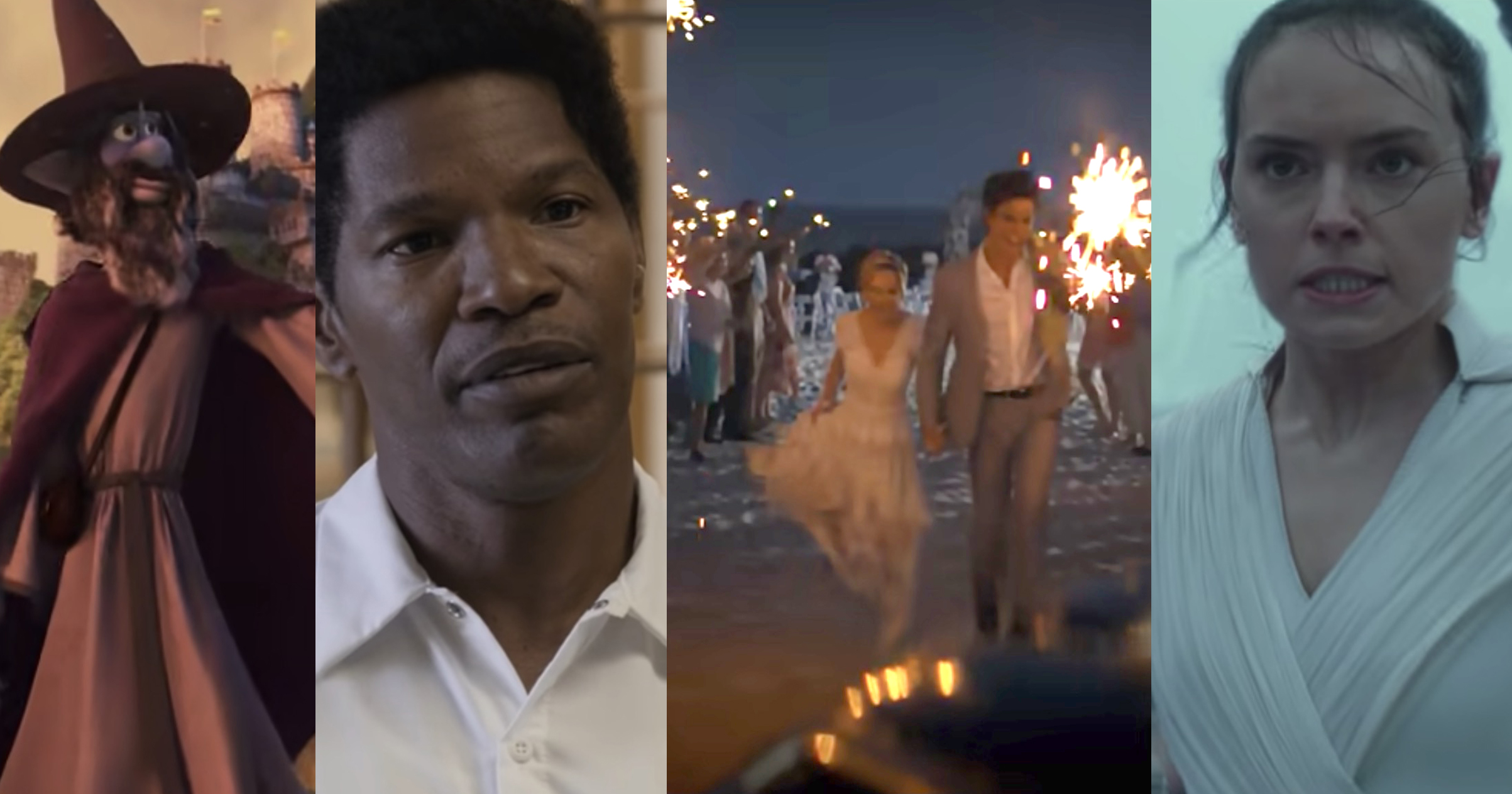 Theaters across the country closed their doors to promote social distancing and help prevent the spread the novel coronavirus that’s been plaguing the planet. Studios are  delaying the release of many of their movies, but they’re making other films available for online viewing. These early online releases available for in-home viewing can be a real treat for a mostly-quarantined public who are being asked to stay home to help ‘flatten the curve.’ Here’s a list of a few of our favorite family-friendly big theater movies available to stream online now!

The film, which was made for $12 million dollars made $9 million before its run ended prematurely due to theaters being shut down. The filmmakers hope that moviegoers will continue to support the film by renting and buying it online. They are releasing the film early to be viewed online, on March 27, 2020.

"As filmmakers, we are heartbroken that we can't share ‘I Still Believe’ on a big screen the way we intended,” the Erwin brothers shared. “But the safety of guests comes first, and we're proud to have the opportunity to share online a movie whose inspiring message of love, hope and faith is perfect for these uncertain times."

For those who are quarantined at home, the ability to watch this highly anticipated theatrical release from the comfort of their homes couldn’t come at a better time. What a blessing!

Chris Pratt and Tom Holland star in Pixar’s latest film as elf brothers on an adventure through a suburban fantasy world! It will be available to watch online and will hit Disney+ on April 3.

While we're looking forward to audiences enjoying our films on the big screen again soon, given the current circumstances, we are pleased to release this fun, adventurous film to digital platforms early for audiences to enjoy from the comfort of their homes," said Onward director Dan Scanlon and producer Kori Rae.

Call of the Wild

Harrison Ford stars opposite a trusty dog in this big-screen adaptation of the popular Jack London book by Disney.

The story follows a dog, named Buck who is taken to Canada during the Gold Rush of the 1890s. Buck is originally from California and his entire life is turned upside down in this new and cold country.

‘The Call Of The Wild’ was followed by the wildly popular book, ‘White Fang’ which also had its own movie adaptation.

WATCH: Call of the Wild Trailer

A little over two weeks after it was released in theaters, Warner Bros. announced that The Way Back would be available online in the U.S. and Canada on March 24.

"With audiences largely unable to view films in theatrical release under current circumstances, we have decided to provide the alternative of early digital ownership of our currently released titles to people looking for great entertainment options,” said Warner Bros. chairman, Toby Emmerich. "So, while we remain big fans of the theatrical experience and hope audiences are able to return to cinemas in the near future, we understand that these are challenging times and offering this option simply makes sense."

The drama The Way Back stars Ben Affleck and is rated PG13.

WATCH: The Way Back Trailer

Beloved Disney characters, Anna, Elsa, Kristoff, Olaf and Sven are back! The group leaves Arendelle to travel to a mysterious forest of an enchanted land. They must find out the origin of Elsa's powers in order to save their beloved kingdom.

Disney released the hit film on their streaming service Disney+ three months early to the cheers of parents and delighted children alike as they navigate how to combine school closings and work from home schedules.

Star Wars: The Rise of Skywalker

The latest big-screen adaptation of Emma looked to be a real treat for the eyes. Directed by renowned photographer Autumn de Wilde, the trailers depicted a beautiful retelling of the Jane Austin novel by the same name. "I really hope we can all go back to work soon as so many brilliant hard working folk in the industry and outside the entertainment industry can’t survive long without a paycheck. Until then, I hope Emma will give you a chance to escape with your imagination and heart while you (please) stay safely indoors," Autumn de Wilde shared on her Instagram.

"Sending so much love to you and yours. Looking forward to a time when we can rejoice in loving company again. As Jane Austen wrote in Emma, "It's such a happiness when good people get together."

Warner Bros. bumped up its online release date for Just Mercy. The film dramatizes a real-life story of racism and injustice as a defense attorney works to exonerate a death row inmate played by Jamie Foxx. The film is rated PG 13 for thematic content including some racial epithets and a scene where a man is strapped into an electric chair.

Paramount Home Entertainment announced Sonic’s early online streaming into homes months ahead of schedule. Sonic will be online just one month after its theatrical release and deleted scenes, bloopers and an animated short will also be included. Ben Schwartz stars as Sonic, Jim Carrey brings the energy as Dr. Robotnik, and James Marsden will win you over as James Marsden.

A Prayer for Direction - Your Daily Prayer - August 10