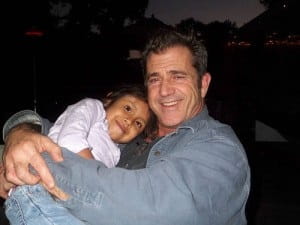 Hollywood is the hub for movies and television programming.  Billions and billions of dollars have been spent and made there.  Although we typically stereotype Hollywood as un-Christian, there are actually many Christian directors and producers that work there.  Here are my top 7 directors/producers.

Karen is a producer and founder of the Hollywood Prayer Network.  She has been involved with numerous television shows, specials, videos and documentaries, some of which include: Changed Lives: Miracles of the Passion, America’s Throwaway Children, One Minute Bedtime Stories, and One Minute Bible Stories.

DeVon is a movie producer who has produced major films, such as: Sparkle, starring Whitney Houston, Hancock and The Pursuit of Happiness, both starring Will Smith.

Quote - "Our call as Christians is to be accepting and to love and not to judge.  So, for me it's about being honest about my faith, but also being loving enough to accept others' points of view the same way that I want them to accept mine."

Martha is mostly known for producing the television show, Touched by an Angel, which ran on the air for 9 years.  This show’s main purpose was to show the reality of angels.  Although there were no female angels mentioned in the Bible, as this show portrays, the message was always honoring to God.  This show was a blessing to television viewers everywhere.

"The Truth" (1 Peter 2:2-3) Like newborn infants, long for the pure spiritual milk, that by it you may grow up into salvation— if indeed you have tasted that the Lord is good.

Ralph Winter has been in Hollywood a long time.  He has a long list of films that he has produced, including: The X-Men Trilogy, The Planet of the Apes, and The Fantastic Four.   His work in Christian cinema includes:  Left Behind, Thr3e, and The Visitation.  Ralph teaches a 4 week class titled, “Grow 207: Theology and Film” at Montrose Church, in the Hollywood/Burbank area.  Each week he examines a different film to see how it relates to the Christian faith.

Quote - "I have been placed in this job for a purpose, and I am just trying to make great movies and keep my eyes on Him. I don't deserve any praise....It is definitely all God's hand that I get to do this. And who knows how long this will last? He may choose someone else."

Mel Gibson has made some poor choices in his life, just as all of us have, and he gets too much grief for it.  He is a devoted believer to Jesus Christ and we can clearly see that in his epic masterpiece, The Passion of the Christ.  He directed and co-produced this film.  You can’t go wrong with this film, as it so vividly shows the reality of the pain, agony and suffering that Christ took on our behalf.  Mel’s vision for this is absolutely extraordinary as he so brilliantly directed an accurate depiction of the events that took place in the last 12 hours of Jesus’ life.

Quote – “The Holy Ghost was working through me on this film (The Passion of the Christ), and I was just directing traffic. I hope the film has the power to evangelize.”

These 2 must be put together for they are the creators of Veggie Tales.  These two men helped with the voice acting, production, directing and narration for all of the programs.  These programs are loved by many Christians and non-Christians alike.  They always feature a moral dilemma and teach truths from the Bible.  My personal favorite is King George and the Ducky.  It is a rendition of David sending out Uriah into battle for selfish reasons.

Alex and Stephen Kendrick are absolutely amazing at what they produce and write.  All of their movies really showcase truths of Christianity.  Their three biggest films are: Facing the Giants, Fireproof, and Courageous.  Alex Kendrick is also a pastor at Sherwood Baptist Church in Albany, GA.  If you have yet to see any of their films, please don’t wait any longer.  You are missing out on some of the best Christian cinema around.

Quote - “You’re not doing anybody any favors by sitting on the fence.  Determine which side you want to be on and stay on it.” (Alex Kendrick’s character from Facing the Giants)

It is great to see the men and women out in Hollywood producing quality, Christ-centered, material.  I applaud all 7 of these men and women for truly living out their faith in God.  Do you have any suggestions of men/women that should have been on this list?  Feel free to comment below.  God bless you!