A Prayer for Baptism
By Pastor Jack Graham

“For we were all baptized by one Spirit so as to form one body—whether Jews or Gentiles, slave or free—and we were all given the one Spirit to drink.” - 1 Corinthians 12:13

I heard about a church that had a very popular Vacation Bible School program every summer. One year, a little boy accepted Jesus and his teacher told him, “The next step is to go forward at church, tell the preacher you’ve been saved, and that you want to get baptized.” 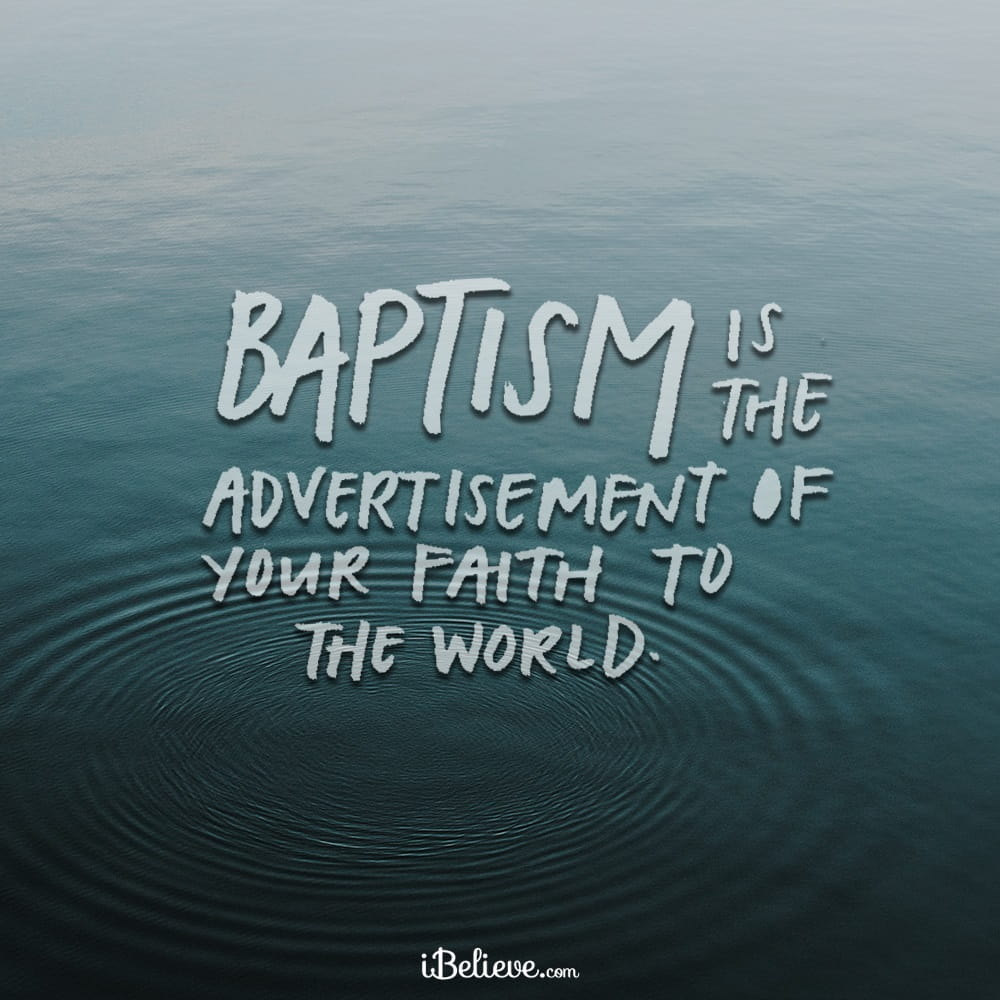 So the boy came to church on Sunday. And when the service was over and the invitation was given to come forward, the boy stepped out in the aisle, walked forward, and told the pastor, “Sir, I’ve been saved, and I wanna get advertised.”

Now, while that little boy may have had a slip of the tongue, he really hit on something important. Baptism after salvation is the advertisement of your faith to the world. It doesn’t save you, but it’s a vivid and living testimony to the world of a real change that’s taken place in your life.

There are a lot of people today that say baptism isn’t necessary for salvation. And they’re right. But it really is an outward symbol of an inner reality: that you are in Christ. Don’t deny yourself the privilege of baptism. Show the world whom you follow and publicly affirm your faith by being baptized!

Heavenly Lord, as we take the step of baptism, we ask that you lead us onward into the long journey to which you have called us. Father, the step of baptism is one of the most important moments in our Christian walk. Help us to approach this act of dedication with clear minds and full hearts. Amen.

Editor’s Note: The following is adapted from Is Baptism Really That Important? By Pastor Jack Graham.

Matthew 28:19-20 - Go therefore and make disciples of all nations, baptizing them in the name of the Father and of the Son and of the Holy Spirit, teaching them to observe all that I have commanded you. And behold, I am with you always, to the end of the age.

Acts 8:35-38 - Then Philip opened his mouth, and beginning with this Scripture he told him the good news about Jesus. And as they were going along the road they came to some water, and the eunuch said, “See, here is water! What prevents me from being baptized?” And he commanded the chariot to stop, and they both went down into the water, Philip and the eunuch, and he baptized him.

1 Peter 3:18-22 - For Christ also suffered once for sins, the righteous for the unrighteous, that he might bring us to God, being put to death in the flesh but made alive in the spirit, in which he went and proclaimed to the spirits in prison, because they formerly did not obey, when God's patience waited in the days of Noah, while the ark was being prepared, in which a few, that is, eight persons, were brought safely through water. Baptism, which corresponds to this, now saves you, not as a removal of dirt from the body but as an appeal to God for a good conscience, through the resurrection of Jesus Christ, who has gone into heaven and is at the right hand of God, with angels, authorities, and powers having been subjected to him.

Romans 6:1-4 - What shall we say then? Are we to continue in sin that grace may abound? By no means! How can we who died to sin still live in it? Do you not know that all of us who have been baptized into Christ Jesus were baptized into his death? We were buried therefore with him by baptism into death, in order that, just as Christ was raised from the dead by the glory of the Father, we too might walk in newness of life.

Galatians 3:24-27 - So then, the law was our guardian until Christ came, in order that we might be justified by faith. But now that faith has come, we are no longer under a guardian, for in Christ Jesus you are all sons of God, through faith. For as many of you as were baptized into Christ have put on Christ.

Colossians 2:11-15 - In him also you were circumcised with a circumcision made without hands, by putting off the body of the flesh, by the circumcision of Christ, having been buried with him in baptism, in which you were also raised with him through faith in the powerful working of God, who raised him from the dead. And you, who were dead in your trespasses and the uncircumcision of your flesh, God made alive together with him, having forgiven us all our trespasses, by canceling the record of debt that stood against us with its legal demands. This he set aside, nailing it to the cross.

'His Name Is Jesus' - Chris Rupp A Cappella Performance