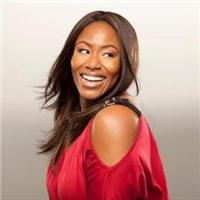 Ask people to describe Mandisa, and you’ll hear words like talented, gracious, beautiful, strong, loving, joyful and Overcomer. However, Mandisa sees her music as more than songs, but as anthems for all, and she’s happy to launch the battle cry with her latest remix project – Get Up: The Remixes.
Since finishing in the top ten of American Idol’s fifth season, Mandisa has forged a successful recording career and has lost more than 100 pounds, inspiring women everywhere to strive for a healthy lifestyle and to reach for their dreams. While writing her last studio album, Mandisa was inspired by Good Morning America’s Robin Roberts, whose journey encouraged Mandisa in hers. Mandisa herself is an overcomer. It’s only natural that she sings about the experience.
Mandisa’s newfound confidence manifested itself in her songwriting, and she penned seven of the 12 songs on Overcomer. Her songwriting gave Capital Kings, Neon Feather and many more a lot of material to work with for Get Up: The Remixes, which features new versions of her hits “What If We Were Real,” “Good Morning,” and “Overcomer,” which were all featured in live performances on Good Morning America by Mandisa.
Get Up: The Remixes is the latest in a string of impressive albums from the native Californian. She gained national acclaim when she placed ninth on season five of American Idol. She signed a deal with Sparrow Records and released her debut, True Beauty in 2007, which earned her the first of five GRAMMY nominations. She followed with a stellar sophomore effort, 2009’s Freedom. In 2011, Mandisa released What If We Were Real, an engaging collection of tunes that included the effervescent “Good Morning.” This third studio album saw a breakthrough in Mandisa’s career, leading her to unprecedented record sales, radio spins and tour audiences.
On her latest studio album Overcomer, Mandisa was awarded a GRAMMY for Best Contemporary Christian Music Album, and the title track was nominated for Best Contemporary Christian Music Performance. “Overcomer’s” songwriters (David Garcia, Ben Glover & Christopher Stevens) won the GRAMMY® for Best Contemporary Christian Music Song.
Talented and transparent, loving and bold, Mandisa is the kind of person everyone wants in their life, and her music has taken root in the hearts of people around the world. As she shares this new collection of remixes, she’s grateful for the platform she has been given and aware of the responsibility it brings. “If my music is just entertaining and not inspiring, giving hope and speaking life, then that’s just not good enough for me. I want it to do all of those things.”

Arie Camp, Daughter Of Jeremy Camp, Inspires Wi...
Classic Clip Of The Waltons Singing 'I'll Fly A...
2 Sisters Sing 'Teach Me To Walk' Worship Medle...
Matt Maher And Cody Carnes Compete To Guess Pop...
A Cappella Rendition Of 'In The Hour Of Trial' ...
'Army Of Angels' Bluegrass Performance From Pon...