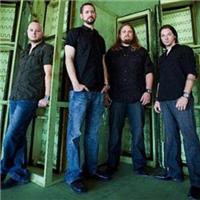 Formed in 2008, out of a partnership between brothers Mike and Mitch Gable (on guitar and drums, respectively) with bassist Trevor Keeling and former lead vocalist David Mackey , Echoes the Fall has always been a band in evolution. Aggressive hard rock, forward thinking lyrics and a positive message are all elements of the band's chemistry, but the band's true calling card is its dynamic nature. Echoes the Fall has become one of the leaders within the Phoenix music community and received a quick and strong response to the band's demo EP, Someday Soon, which immediately established the group and led to its full length debut, Bloodline, which was released in 2009.Following release of that album, the video for lead track, "Break Away," was featured on MTV2's "Headbanger's Ball" garnering repeated airplay and drawing the band further attention across multiple outlets including placement and exposure on MTV2, MTV.com, VH1.com, and SpikeTV.com.Never known to sit still, the band reentered the studio in 2010 to record a new track, "Free," with former Korn touring guitarist Shane Gibson. With "Free" Echoes the Fall continues to push itself musically and lyrically, earning comparisons to nationally known peers such as Red, Linkin Park and Sevendust.The true secret to the band's popularity, however, is its live show. As dynamic and engaging as the recorded songs are, Echoes the Fall turns up the magnetism with its live performance, building a personal connection with every audience regardless of the event. By mixing up local concerts, radio shows, festival appearances and opening slots for nationally touring headliners, the band has built up a loyal following and reputation amongst the elite rock bands in the Phoenix market. Now headlining shows at such notable venues at The Marquee Theater in Tempe and The Celebrity Theater in Phoenix, the group has also begun to tour regionally, taking the band to California and Texas on its initial outings. In addition, the group has also begun to garner spins on Arizona's leading active rock station, 98KUPD (97.9FM) and has been hand-picked by the station as the local opener for a handful of nationally touring acts in the Phoenix/Tempe area.Echoes The Fall has repeatedly proven its flexibility and ability to adapt and connect with nearly any audience with by successfully opening for a variety of national headliners. Not only has the group gone over well with alternative and commercial rock fans when appearing with bands such as Three Days Grace, Skillet, Red and Fuel, but it has also won over modern hard rock and metal fans when sharing the stage with heavier acts such as Powerman 500, Helmet and Danzig. Now, with "Free" earning the band more radio attention and a new album's worth of material on the way, Echoes the Fall is prepared to step up to the next level and expand its fan base and touring radius. With a revised lineup that now includes auxiliary guitarist Myles Byrum, the band's live chemistry has only improved and continues to strengthen with additional performances. 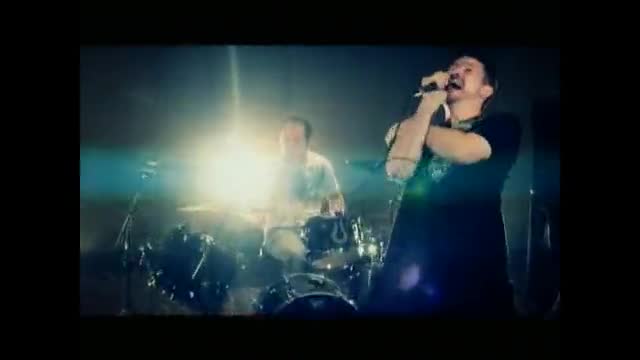 Break Away by Echoes The Fall