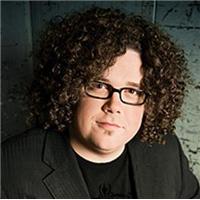 Chris Sligh received his big break during the sixth season of American Idol, where his self-deprecating humor and tenor vocals earned him a tenth-place finish. He parlayed that success into a CCM career, first with the band Half Past Forever (which Sligh had formed prior to the American Idol season) and later as a solo act. Born into a Baptist household in 1978, Charles Christopher Sligh developed his faith and singing ability at a young age. His parents were missionaries whose work required the family to move frequently, and the young Sligh spent time in Tennessee, North Carolina, and Germany while taking musical influence from his guitar-playing father. He later relocated to South Carolina to attend the fundamentalist Bob Jones University, where he was expelled after seven semesters for violating the school's "music rules" (Sligh had attended a performance by the seminal Christian band 4Him). He clung to his faith during his time on American Idol, though, even singing a dc Talk song during the show's Top 16 week.Sligh was ousted from the competition in March 2007, but his tenth-place ranking still guaranteed him a spot on The American Idol Summer Tour. Before the tour commenced, however, Sligh rejoined his bandmates in Half Past Forever and negotiated a contract with Brash Music, a Christian-friendly label based in Atlanta. The band released Take a Chance on Something Beautiful in July, and Sligh signed a solo deal with Brash Music later that year. Several producers were brought in to work on Sligh's solo debut, including former Jars of Clay producer Stephen Leiweke and the Grammy-winning Brown Bannister, but Sligh wrote the bulk of the songs himself. "Empty Me" found its way onto Christian radio playlists early the following year, and the full-length Running Back to You introduced Chris Sligh's interpretation of Christian pop/rock in May 2008. He also earned some notice as a songwriter for other artists, most notably Rascal Flatts, who sent his song "Here Comes Goodbye" to number one in April 2009. He signed with Word for his next album, 2010's The Anatomy of Broken.

Chis talks with GodTube about his background and how he got kicked out of college...for going to a Christian concert.