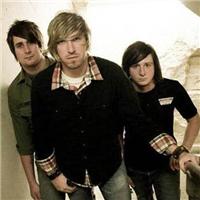 Chasen Callahan was born and raised in Greenville, SC, where he polished his songwriting skills while serving as a worship pastor. During the summer months, he would assemble a makeshift band and perform at local youth camps. Each lineup would inevitably splinter when September rolled around, however, prompting Callahan to assemble a more permanent lineup with help from guitarist Evan Silver and drummer Aaron Lord. The trio found a national audience with the release of 2008’s Shine Through the Stars, a polished album that sent its leadoff single, “Crazy Beautiful,” to the top of the Christian radio charts. Such success led to a contract with INO Records, the home of Christian artists like Caedmon’s Call and Decyfer Down, and the band returned in 2010 — this time with the inclusion of bassist Jared Barber — to release That Was Then This Is Now.

Chasen- Castaway- Story Behind The Song

Chasen talks about the story behind their song "Castaway"