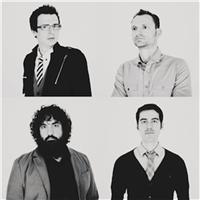 
Asked about the art and craft of novel writing, E.L. Doctorow once famously stated: "It's like driving a car at night. You never see further than your headlights, but you can make the whole trip that way."
That analogy applies to so many creative pursuits—recording an album, for example. But let's suppose the musical group in question leaves behind a celebrated past to traverse an uncertain future: one so speculative that even the group's name isn't quite settled yet when the road trip begins. To take Doctorow's analogy a step further, it's like driving a car at night with one headlight, a spotty GPS signal and no gas stations for another hundred miles.
Yet the long, strange trip that saw four core members of the David Crowder*Band become The Digital Age has yielded one stunning testament to multi- dimensional faith: faith in the music, faith expressed through the music and faith the musicians had in each other. The result is a sojourn that, fittingly enough, begins at night and rides straight on to dawn in best concept-album fashion— Evening:Morning.
As guitarist/vocalist Mark Waldrop notes: "It's equal parts old and equal parts new. As a band playing together for so many years, we know each other as people, musicians and songwriters. With The Digital Age, it all felt very natural, but losing a violinist and acoustic guitarist changed us, so we decided to press on and continue to innovate our sound."
Along with Crowder compatriots Jack Parker, Jeremy "B-Wack" Bush and Mike "Mike D" Dodson, Waldrop set out to create a disc that maintained the best of their old, beloved band. Yes, that means sinewy rhythms, undeniable hooks, and infectious melody, as evidenced in the first single and leadoff track, "Captured." But it also means maintaining a beating-heart belief that the Church is beautiful, diverse, creative and alive ... and that these qualities should be reflected in the music that the Church and The Digital Age create.
"The Digital Age mission picks up where we left off," Waldrop says. "It's alt rock that's compelling lyrically and musically, and we're still obsessed with the concept record. So we're carrying over what we did before. This is all we know, to write together and work together. It feels new, but a lot of it is a carry over; it's not too, too huge a departure."
Still, The Digital Age's combination of sound and spirit defies definition in a way that even leaves the band's members stumped. "When we met with our record label after the record was done, they gave us an assignment to categorize ourselves in a couple of words. We laughed and they replied, 'We know this is really difficult.' The term 'modern worship' is played out; all these other things are played out. All we're trying to do is write music that sounds like what we

listen to, but worship music specifically. You have to be aware of the church and make it accessible. But we don't want to fit into any mold. Worship music needs to meet the broader culture to make it more relevant."
And that's something Waldrop and company know how to do, given that their very last David Crowder*Band album reached No. 2 on the Billboard 200, topped only by Adele's "21" the week of January 28, 2012. Six months later, The Digital Age embarked on the six music videos that became the Rehearsals EP, and not long after that, commenced work on Evening:Morning. "The final Crowder record was a requiem mass," Waldrop says, "so we thought it would make sense to progress from uncertainty and weariness to a place of rebirth and hopefulness. This is uncharted territory."
There's much to recommend about this musical expedition, which promises to reach an audience far beyond David Crowder*Band territory. "Captured" gallops along on a marching-band beat B-Wack cooked up in his home studio between rehearsals, while the lyric revels in broken-chains celebration: "Cause love has come to rescue me/ Your love has come to set me free/ Your love is all I need."
Waldrop sums up the song with a simple exclamation and explanation: "Wow! What a way to start, especially in this transition time for us. We made it; we traversed through death—that's how it felt as a band. People talk about the resurrection of Jesus, and sometimes they forget that there's resurrection in everything. Things die and it's OK, because the God of resurrection gives birth to new things."
As for personal favorites, Waldrop picks "Believe" as a song he treasures. "We were at the studio late one night and I'd had a conversation with a friend earlier about how worship bands try to say things new, when there are so many great old things to draw on. It's from the Apostles Creed and the Nicene Creed. It's so straightforward and it repeats, and it's what we believe. These words are so ancient they don't need to be modernized; when I hear it, it reminds me of going to church as a kid." Ah yes, but the music might remind you of an exciting trek through a modern rock mist, one where the voices rise up with vaporous stealth and warmth.
And those who embraced Rehearsals will recognize the return of "All the Poor and Powerless," a song from the catalog of All Sons and Daughters. It’s built upon a spiral jetty of echo-laden guitar, with cymbals and vocal washes splashing around it like ceaseless waves in a sea of dreams. "This song made Rehearsals special for us," Waldrop says. "We decided to give this one a proper recording, and we're so happy with how it turned out. It's a fantastic song—I can say that because we didn't write it—and the first time I heard it, it hit me. I'm glad we carried that song and helped get it out a bit."
Of course, the transformation that created Evening:Morning has much to do with roots and wings. The roots part comes from University Baptist Church,

located in the band's home base of Waco, Texas (also home of Baylor University, alma mater to all four band members). The Digital Age crew has led worship there in some form or fashion since its inception in 1995. “We really feel at home here and committed to the investment we’ve made in this community, so right away we knew we wanted to stay in Waco,” Waldrop says.
The wings come in the form of a brand-spanking new recording studio, Asterisk Sound, also in Waco. The boys in the band rescued the 6400 sq. ft. facility from the muck and sweat of a former gym, and it took them three-plus months to make the space somewhat workable. "It was pretty gross," Waldrop says, laughing. "It took quite a while to clean and disinfect it. The control room was actually a boxing ring where boxers would roll around on the ground, so we had to look out for staph."
Yet the studio emerged as something state-of-the-art, a place The Digital Age guys hope other bands will frequent, a place that gives back to the local community in Waco and hopefully, a place that impacts the global church as a whole.
"The whole new record was recorded there, we produced and engineered it ourselves," Waldrop says. "It's nice to go there every day, even when we're not recording, and to throw ideas around. But eventually we decided that we didn't want to just keep it to our ourselves."
And so let The Digital Age begin, an age that mocks its very moniker by yielding music that overflows with heart and soul—not just the kind that makes for a gliding groove or an emotive performance. Yes, there's plenty of that to enjoy on Evening:Morning. But another brand of heart and soul also manifests itself, and it’s one Waldrop sums up with high-beam optimism:
"Our God isn't passive and in the grave. He's active and so we thought, 'Let's put the flashlight ahead of us and see what step we're supposed to take.’ We don't know where we're going but we're going somewhere and we're trusting that God is with us every step. We've been given the gist; we've been given the songs. Now it's time to go out into the wild, follow ... and see." 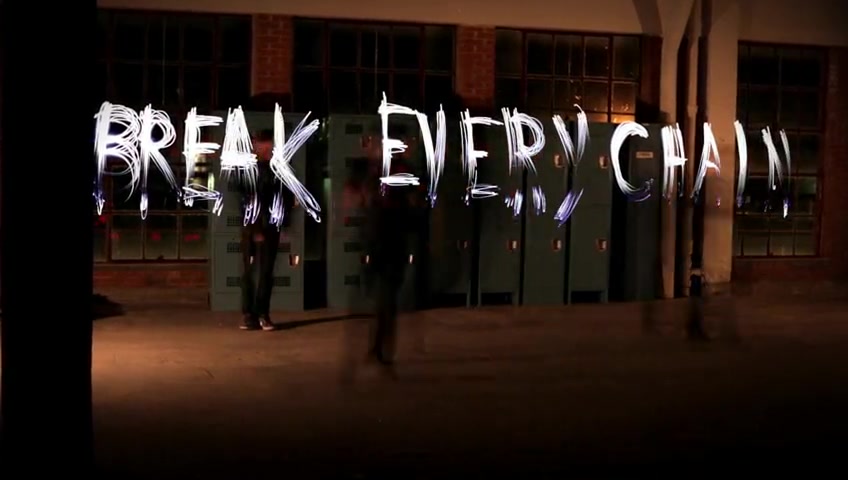 Lyric video for "Break Every Chain" by The Digital Age. Filmed in one night at an abandoned warehouse in downtown Waco, Texas using a long exposure video hack for Canon DSLR via Magic Lantern.