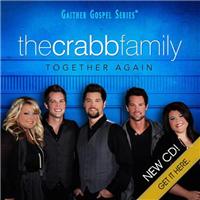 The Gospel Music Association (GMA)'s "songwriter of the year" for four consecutive years, Gerald Crabb has led the Crabb Family, featuring his wife, Kathy and six of their seven children, to the upper-echelon of American gospel music. Since coming together in 1995, the group has scored eight number one gospel hits – "The Reason That I'm Standing, "That's No Mountain", "Please Forgive Me", "Through The Fire", "Trail of Tears", "Brothers Forever", "The Lamb, The Lion And The King" and "Jesus In A Song". The Southern Gospel Music Association (SGMA) named the Crabb Family, as "best mixed group of 2000."In addition to appearing regularly on TBN Trinity Broadcasting Network show, Praise The Lord, the Crabb Family have performed numerous concerts during which they combine their songs with a multi-media presentation of photographs and graphics. Using music as a stepping stone, the Crabb Family has grown into a highly lucrative conglomeration that includes the Family Music Group, Crabb House Studios and Crabb Tree Boutique. The Crabb Family's road manager, Kathy Crabb accompanies her children's vocals on keyboards and organ. Although middle daughter, Kelly Crabb Bowling handles most of the lead vocals, the talents of her siblings have been equally noticed. Oldest son, Jason was named "favorite young artist" at the Singing News Fans Awards in 2000. The only member of the family to not tour or record with the group, oldest daughter Krystal, oversees the band's office. Kelly's husband, Mike Dowling, has traveled with the Crabb Family as pianist.

The Crabb Family - Greater Is He in Me [Live] 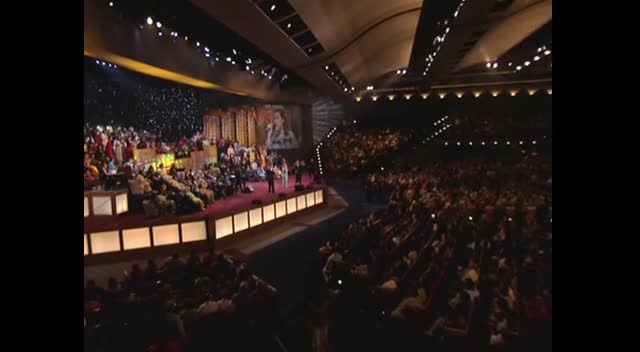