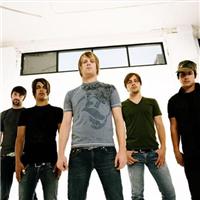 Seattle rock quartet the Classic Crime feature vocalist Matt MacDonald, drummer Paul Erickson, bassist Alan Clark, and guitarists Justin Duque and Robbie Negin. First meeting in high school, all but Negrin were playing together in the band Orizon before the addition of said fifth member prompted a name change. Time was spent on the road in early 2006 with both Mest and Tooth & Nail labelmates Anberlin and Emery, all of which led up to the May release of the band's debut album, Albatross. 2007 saw the release of an acoustic EP, Seattle Sessions, while the group returned to the studio and set to work writing and recording their second album.

The Classic Crime in Haiti - Part 2

Part Two: Orphanage Episode from The Classic Crime's journey to Haiti in November 2009. Please support Haiti disaster relief by pre-ordering their album "Vagabonds" at the link below. All profits go directly to earthquake relief in Haiti. "Vagabonds" is available in stores and online April 6th.