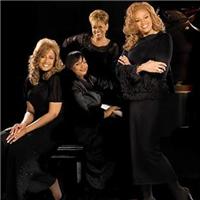 
One of the top female gospel groups in the United States, the Clark Sisters were led by organist/vocalist Elbernita "Twinkie" Clark-Terrell. The five sisters have continued to expand the legacy begun by their mother, Dr. Mattie Moss Clark. Dr. Clark, who served as National Music Department president of the Church of God in Christ based in Memphis and founded the Clark Conservatory of Music in Detroit, where the sisters continue to teach, was the first gospel artist to be awarded a gold record and introduced the concept of choirs singing in tenor soprano and alto sections. In 1983, the Clark Sisters recorded a crossover dance hit, "You Bring the Sunshine." In June 1996, the Clark Sisters recorded an album with the FAMU Gospel Choir of Florida A&M College.