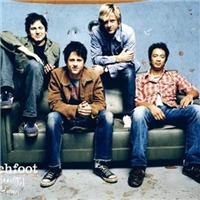 After gaining a foothold in the contemporary Christian music scene, Switchfoot went mainstream with 2003's The Beautiful Letdown, a double-platinum album that straddled the line between sacred and secular rock music. The band spent the rest of its career appealing to both camps. Years before Switchfoot's commercial breakthrough, though, the group struggled to make a dent in the San Diego area, where singer/guitarist Jonathan Foreman, bassist Tim Foreman, and drummer Chad Butler began playing together in 1996. The lineup logged several shows under its original name, Chin Up, before adopting the Switchfoot moniker and attracting the attention of Charlie Peacock, an influential label executive who sought to promote Christian music to mainstream pop markets. Although Peacock signed the band to his own label, Re:Think, Switchfoot was moved over to the roster of Sparrow Records following Sparrow's acquisition of the smaller label.Now signed to one of the largest Christian labels in the country, Switchfoot temporarily tabled their plans to reach out to a broader audience. Their first two albums, The Legend of Chin and New Way to Be Human, were marketed almost exclusively toward Christian listeners, who took an immediate shine to the band's music. Keyboardist Jerome Fontamillas joined the band for 2000's Learning to Breathe, which found Switchfoot taking more steps toward a mainstream alt-rock sound. Breathe became a transitional record for the group, earning a Grammy nomination for Best Rock Gospel Album and selling over 500,000 copies, thus achieving gold status. Its success, coupled with the band's presence on the hit soundtrack to the 2002 film A Walk to Remember, set Switchfoot up for a healthy major-label run. The Beautiful Letdown, Switchfoot's debut album for Columbia Records, was issued during the spring of 2003. It represented the quartet's full evolution from a Christian group to a mainstream rock act, eventually earning double platinum sales and producing two Top 20 hits: "Dare You to Move" and "Meant to Live." Switchfoot returned in September 2005 with their fifth album, Nothing Is Sound, which debuted at number three on the Billboard 200. Nothing Is Sound went gold, sparked another radio hit in "Stars," and was the first Switchfoot recording to include the work of additional guitarist Andrew Shirley (formerly a member of the contemporary Christian group All Together Separate), who'd been a touring member of Switchfoot since 2003. Wasting little time, the band returned to the studio with veteran U.K. producer Tim Palmer to begin work on its sixth album, one that found the guys broadening their musical scope. The resulting Oh! Gravity. appeared at the tail end of 2006.Oh! Gravity. turned out to be Switchfoot's last album for a major label. Less than a year after its release, Jon Foreman announced the band's decision to leave Columbia Records and form its own label, lowercase people records. Columbia pulled together some of the band's greatest hits for a last-minute compilation, The Best Yet, while the band set to work on another record. At the same time, Foreman began releasing a string of solo EPs, each of them named after a specific season. He also formed Fiction Family, a folk-pop side project, with Nickel Creek guitarist Sean Watkins. Fiction Family's self-titled debut was released in January 2009, followed one month later by another Switchfoot album, Hello Hurricane, which won the 2011 Grammy Award for Best Rock Gospel Album. Several months after the band's Grammy win, Switchfoot returned with Vice Verses, an album that highlighted the band's rhythm section. ~ Jason Ankeny & Andrew Leahey, Rovi

'It Is Well' Switchfoot Performs Classic Hymn For Lost Loved One

Switchfoot - This is Home
Switchfoot - Dare You To Move (Official Music V...
Switchfoot - Meant To Live
Switchfoot Looks To Hope In 'I Won't Let you Go...
NEW SWITCHFOOT “ Mess of Me" as heard in "To Sa...
'Mess Of Me' - Switchfoot (new single from new ... 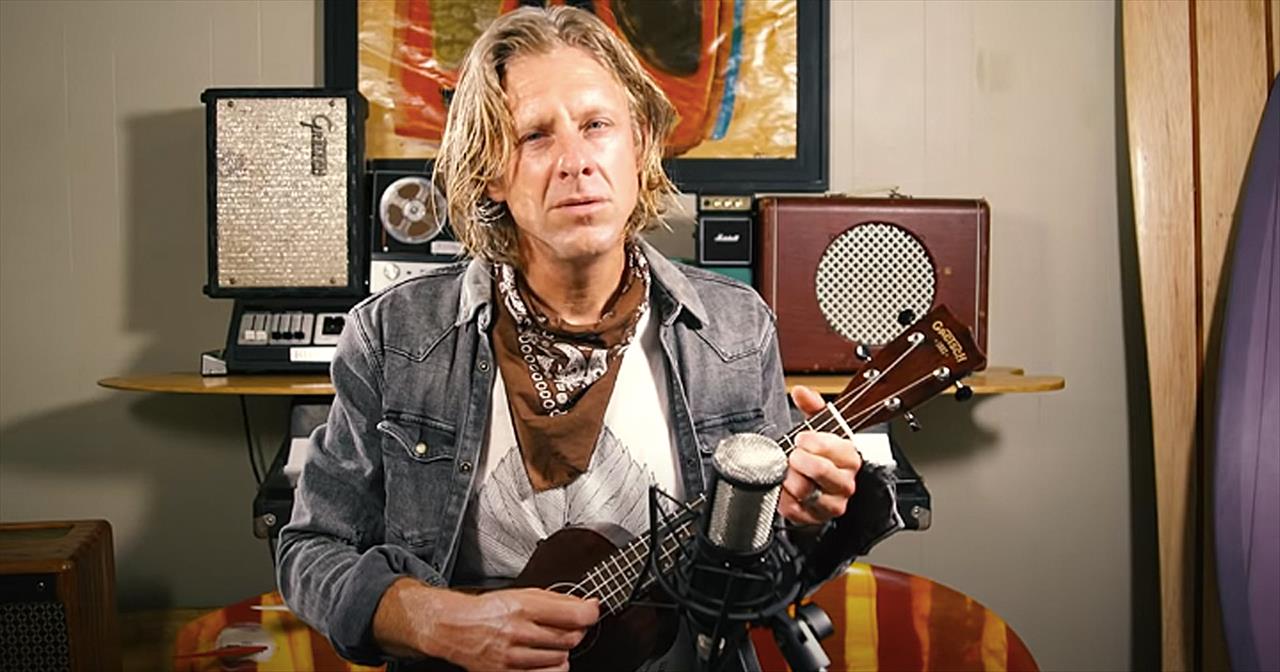 Switchfoot performs a stunning at-home rendition of ‘It Is Well With My Soul’ for a loved one. 'It Is Well With My Soul' was written by Horatio Spafford and composed by Philip Bliss. After Horatio lost all four of his daughters, he wrote down these words as a testament of how God is with us through the good times and the bad. "When peace like a river, attendeth my way, When sorrows like sea billows roll Whatever my lot, thou hast taught me to say It is well, it is well, with my soul It is well With my soul It is well, it is well with my soul" Today’s performance was a special request for Switchfoot. On YouTube, the leader singer wrote, “It’s a song for a friend of a friend whose days among the living are ending soon. It's a song for the living, heading down that same path soon enough.” As you listen to these words, remember that God is always by our side. As long as we believe in Him, no harm can come our way. "Though Satan should buffet, though trials should come, Let this blest assurance control, That Christ has regarded my helpless estate, And hath shed His own blood for my soul" Psalm 46:1-3 God is our refuge and strength, an ever-present help in trouble. Therefore we will not fear, though the earth give way and the mountains fall into the heart of the sea, though its waters roar and foam and the mountains quake with their surging.