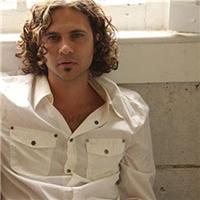 As one half of the brother-sister duo LaRue, Phillip LaRue spent the early 2000s playing a mixture of alternative rock and contemporary Christian pop. Following his sister's marriage and the band's subsequent split, Phillip relocated to Florida to work as a producer. He then returned to Nashville, where LaRue had set up its headquarters years before, and launched a solo career. The songwriter's debut effort, Let the Road Pave Itself, arrived in 2009, sporting a similar brand of rock-influenced CCM as his former band.