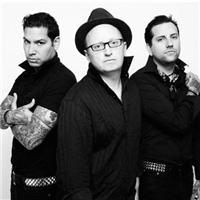 The Christian-themed punk-pop outfit MxPx formed in 1993 in Bremerton, WA. Originally dubbed Magnified Plaid, the group launched while its three members — vocalist/bassist Mike Herrera, drummer Yuri Ruley, and guitarist Andy Husted — were still attending high school. The moniker was later shortened to MxPx after Ruley abbreviated the name on some show flyers; poor handwriting saw the periods being interpreted as x's instead, and the name stuck. Wielding an energetic sound that was inspired by the Descendents, NOFX, the group's own Christian faith, and California's skateboard culture, the band wasted little time attracting a local following.By the time Ruley and his bandmates received their driver's licenses, the trio had already released several 7" singles and a debut album, Pokinatcha, for Tooth & Nail Records in 1994. It quickly became the label's best-seller and prompted the release of the band's sophomore effort, Teenage Politics, late the next year. By this time, Husted had been replaced by guitarist Tom Wisniewski, and the group quickly followed the release of Teenage Politics with a short collection of cover songs entitled On the Cover. Popular with the skate/surf community as well as the punk underground (with a snowboard sponsorship to their name), MxPx ultimately broke out of the underground in 1996 with their classic third LP, Life in General. The album included such fan favorites as "Chick Magnet" and "Move to Bremerton." Though dubbed a Christian punk band, religious themes were never an overbearingly dominant force in the band's songs, as they usually relied on such universal themes as growing up. Furthermore, as MxPx progressed in their career, their songs gravitated toward the secular side of things even further. Slowly Going the Way of the Buffalo, the band's debut for major label A&M, appeared in 1998. That fall, they also released the compilation album Let It Happen on their old Tooth & Nail label; the odds-and-sods collection contained B-sides, demos, and other stray tracks. The live recording At the Show showed MxPx's ability to re-create their spunky music in concert, and The Broken Bones EP appeared 2000 before their next full-length, The Ever Passing Moment, arrived in the spring. Another effort, The Renaissance EP, was followed two years later with the band's first greatest-hits release, Ten Years and Running. Their next official studio effort came in the form of 2003's Before Everything & After, an album that alienated some fans with its slick, pop-oriented nature. Late 2004 saw the release of a career retrospective DVD, B-Movie, and the guys passed the following summer by returning to the Vans Warped Tour. MxPx then returned to form (and back to the indie leagues) with their seventh studio album, Panic, which surfaced in June 2005 on the Side One Dummy label. MxPx spent summer 2006 on the road with ska-punkers Reel Big Fish before dropping their next record, Let's Rock, that October. Let's Rock was comprised of previously unreleased tracks from recording sessions dating back to 2000. The next month, Tooth & Nail reissued a deluxe version of MxPx's 1998 rarities compilation Let It Happen, including a bonus DVD and several unreleased songs. MxPx then confirmed in early 2007 that they had re-signed with Tooth & Nail with the intention of releasing their new album that summer, and release it they did, with Secret Weapon hitting stores in the middle of that year. They remained on the roster for the 2009 release of On the Cover II, another covers album that paid tribute to the band's early days while showing appreciation for the likes of the Clash, Ramones, and the Go-Go's. Late that year, MxPx issued the EP Left Coast Punk on their own label, Rock City Recording Company; for the holidays, they issued Punk Rawk Christmas digitally and in several limited-edition packages. ~ John Bush & Corey Apar, Rovi 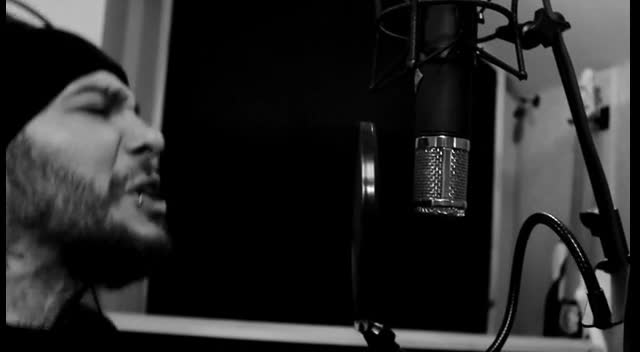 MXPX is Mike Herrera (bass/vocals), Tom Wisniewski (guitars) and Yuri Ruley (drums). In the span of 19 years, the band has sold over 2.5 million records worldwide. Their music has been known for its ability to unite formerly distinguished fan bases such as the skate/surf community and the punk underground for almost two decades. Their new album, "Plans Within Plans," will be available on April 3, 2012.