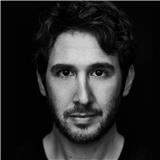 Possessing one of the most outstanding and instantly recognizable voices in music, GRAMMY Award-nominated singer, songwriter, and actor Josh Groban has entertained fans across the globe with his multi-platinum albums and DVDs (over 30 million sold worldwide), electrifying live performances, and comedic film and television appearances. The 37-year-old Los Angeles native stands out as “the only artist who has had two albums appear on the Top 20 Best-Selling Albums list of the past decade,” according to Billboard. He has appeared feature films such as Crazy, Stupid, Love, The Hollars, Coffee Town, and Muppets Most Wanted, as well as on NBC’s The Office, FX’s It’s Always Sunny in Philadelphia, and CBS’ The Crazy Ones. His discography encompasses eight studio albums, including his 2001 self-titled 5x-platinum debut, 2003’s 6x-platinum Closer, 2006’s double-platinum Awake, 2007’s 6x platinum Grammy-nominated Noel, 2010’s gold-certified Illuminations, 2013’s gold-certified All That Echoes, 2015’s gold-certified Stages, and most recently 2018’s Bridges.

In 2017, he concluded his Broadway run in Natasha, Pierre & The Great Comet of 1812, which Time Out New York called, “one of the best musicals of the decade”. He also released his first coffee table book, Stage to Stage: My Journey to Broadway, chronicling the past two years of his life on Broadway.

2018 marked yet another watershed year for Groban as he extends his influence across music, film, television, and Broadway yet again. He co-hosted the Tony Awards to widespread enthusiasm worldwide after garnering his first nomination in 2017. He co-stars alongside Tony Danza on the new NETFLIX series, The Good Cop, that made its debut on the streaming platform September 21. On the same day, he unveiled his eighth full-length studio offering, Bridges [Reprise Records]. In addition to duets with Andrea Bocelli, Sarah McLachlan, and Jennifer Nettles, it boasts nine tracks co-written by the superstar. He launched a North American 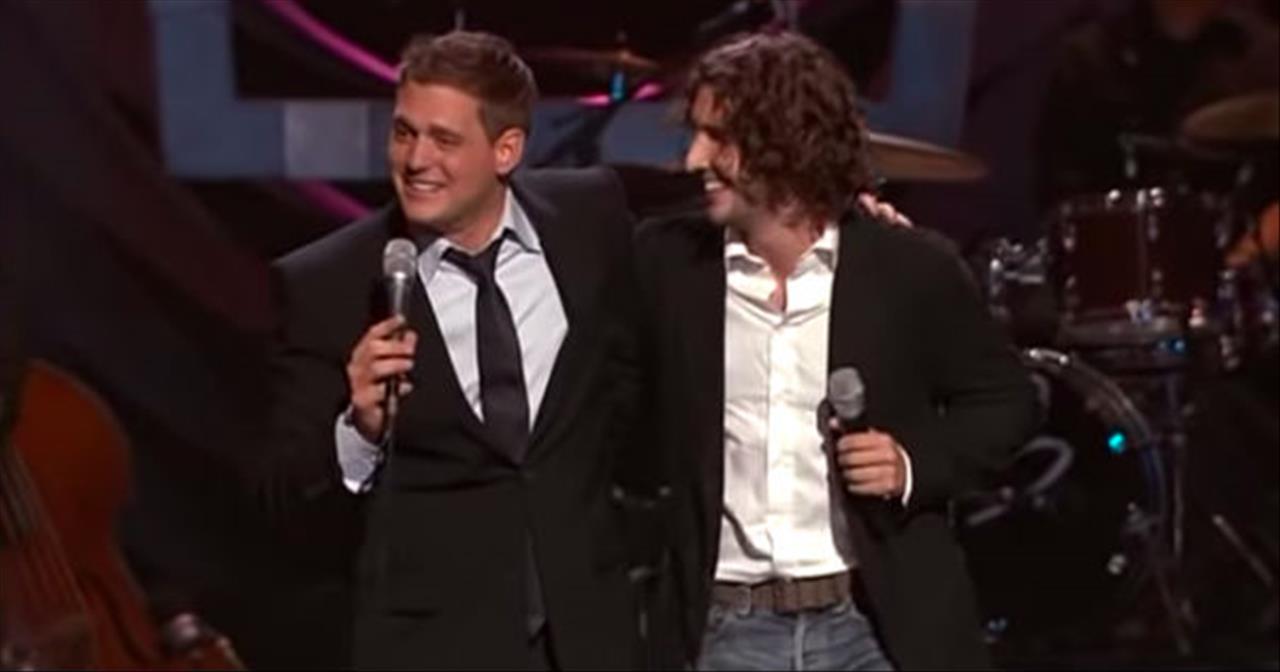 Josh Groban and Michael Bublé are singing each other’s hits, and the results are hilarious! Michael Bublé and Josh Groban may be God-gifted crooners but these smooth-singing powerhouse vocalists deserve the hype. Michael is known for his traditional jazz and pop while Josh mixes classics and operatic pop. Both meet at the crossroads of adult contemporary slayers of vocals. But did you know they both have a wicked fun sense of humor? In fact, everyone knows when you attend one of Michael’s concerts, you’re in for an evening of good, wholesome entertainment and a few laughs. He is a natural entertainer. Besides having a voice that melts better with its velvety smoothness, he’s been known to pass the mic to fans to spread laughter. He’s also been known to impersonate celebrities although he can’t predict when they’ll call him out. Take Josh for example, Michael decided to poke fun at the singer during one of his concerts. He started with a dig at the singer, then mimicked his tenor voice by belting it out, opera style. “I’d like to start by kicking Josh Groban’s little butt,” he joked. Then as he began to belt out notes, Josh appeared behind him unannounced and seemingly unamused. The crowd went wild as their two favorite singers poked fun at each other on the same stage. Although it took a little coaxing, these two joined together for an impromptu duet. They poked fun at each other's styles live on stage, but it's clear they are fans of each other and respect one another's talents. The duet went surprisingly well, so well, that their video has gained over 15 million views. Could these two sound any better together? Whether they’re taking lighthearted jabs or actually singing together, we’re here for all of it! Check out their imitations of each other, it's quite hilarious and will definitely put a big smile on your face!