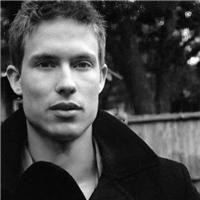 Modern blues in the '90s had a weird phenomenon of teenage blues guitarists rocketing to popularity with their first album. The entire trend culminated with Jonny Lang, a guitarist from Fargo, ND, who released his solo debut album, Lie to Me, when he was 15. At the age of 12, he had attended a show by the Bad Medicine Blues Band and began playing with the group. Several months later he became the leader, and the newly renamed Kid Jonny Lang & the Big Bang relocated from Fargo to Minneapolis and released their debut album, Smokin', in 1995. The LP became a regional hit, leading to a major-label bidding war and culminating in Lang's signing to A&M Records in 1996. Early in 1997, his major-label debut, Lie to Me, was released to mixed reviews; the stronger effort Wander This World followed late the next year. Lang's next release, Long Time Coming, arrived in 2003 and garnered often withering critiques for its turn toward over-produced hard rock mixed with sometimes heavy-handed religiosity; 2006's gospel-informed Turn Around was more favorably received. Live at the Ryman was issued by Concord Records in 2010.