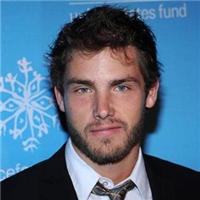 Born and raised in Anderson, IN, singer/songwriter Jon McLaughlin began taking classical piano lessons at an early age. Though he lost interest in the instrument during high school and was sidelined by an accident that injured both wrists, he rediscovered his talent during senior year and began incorporating his piano skills into soulful pop music. McLaughlin enrolled in the music program at Anderson University, where he studied piano and spent his free time writing songs. Eventually, he won a school competition that allowed him to release his self-titled debut album in 2004. A follow-up EP, Songs I Wrote and Later Recorded, came out the following year, and McLaughlin was soon given the opportunity to audition for three major labels. One such label, Island, signed him to its roster, which lead to the nationwide release of Indiana — an album that included re-recorded versions of two songs from his first effort — in 2007. Later that year, McLaughlin's profile received an extra boost when he contributed an Oscar-nominated song, "So Close," to the Disney film Enchanted. He also performed the song during the 2008 Academy Awards Ceremony and used the resulting momentum to drum up support for his third studio album, OK Now.

A Day On The Road

A Day On The Road - Popular Christian Videos

Jon shows us what a typical day on the road looks like while in Chicago, IL for his show at House of Blues, February 20, 2009