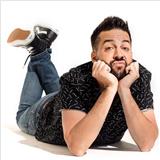 Fresh off his debut television appearance on Live at Gotham and the release of his debut comedy special I Got Questions, award-winning stand-up comedian John Crist continues to gain momentum as one of America’s young rising stars of comedy. Crist’s style of edgy but clean comedy keeps him on the road for a whirlwind schedule of over 300 live shows per year. A regional finalist in Comedy Central’s Up Next Competition and over 10 million Buzzfeed views, Crist just returned from a USO Comedy Tour for the Troops in Kuwait…all while headlining top comedy clubs across the country and sharing the stage with the likes of Dave Chappelle, Seth Meyers, Tim Hawkins, and Anjelah Johnson.
From joking about texting and driving and the ills of social media, telling people their children aren’t winners, or breaking out into choreographed dances in Hobby Lobby, Crist performs from a point of view that’s distinctly his own.
When asked how he finds the inspiration to write jokes, Crist says, “Shoot, I grew up in the south. My dad is a pastor, and I was the third of eight homeschooled children. Coming from a background like that, how do you NOT write jokes?!”
But how did this homeschooler with a journalism degree get his start in comedy?
“I started off as the announcement guy at my church after college. Of course, it became more about telling jokes than communicating actual information. Most of the time the pastor had to come out and apologize for me,” Crist admits with a laugh. “After that it just snowballed. My first open mic night was in 2009. I got off stage and I thought it was the best thing that ever happened to me in my entire life. I knew I had to do it again immediately.”
It wasn’t long before Crist emerged onto the national comedy scene after an appearance on Louie Anderson’s Las Vegas comedy show Larger Than Life.  Anderson, who has been named one of Comedy Central’s Top 100 Comedians of All Time, remarked, “It’s only a matter of time until John Crist is a household name. He is so likable and his stand-up is top notch.” Crist has since become a regular in Las Vegas, returning at least four times a year.
Following his performance on Larger Than Life, Crist gained momentum by winning The Denver Improv’s Got Laughs Competition, The Loonees Comedy Competition, and also by appearing in the finals of the Comedy Works New Faces Contest.
In addition to his club performances, Crist’s youthful humor, quick wit, and unquestionable likeability (albeit occasional weirdness) have made him a crowd favorite in a diversity of locales- from churches, to universities and festivals, to corporate Fortune 500 events for Microsoft, GE, American Family Insurance, HP Computers, and Lexus. His comedy has been featured onRelevantMagazine.com and he was even named as one of the Top Five Comics to Watch byChurchLeaders.com. and no stranger to radio, Crist has made several apprearances on The Bob and Tom Show and was once a voice actor on the popular children’s radio show Adventures in Odyssey.
“It’s a mixed bag, but whether it’s churches, comedy clubs, Christian or non-Christian events, I just like to make people laugh,” Crist explains. “Regardless, it’s all the same show.”
In addition to his stand-up, Crist has also found success virally, hitting over 3 million views on Facebook/YouTube. You can find some of his favorite videos here.
Crist has recently teamed up with comedian and internet sensation Tim Hawkins for 25 church performances a year. “I bring John on tour with me but he ain’t no opener. John Crist is the real deal,” quips Hawkins. Crist can also be found featured on Tim Hawkins’s 2014 DVD project entitled That’s the Worst. 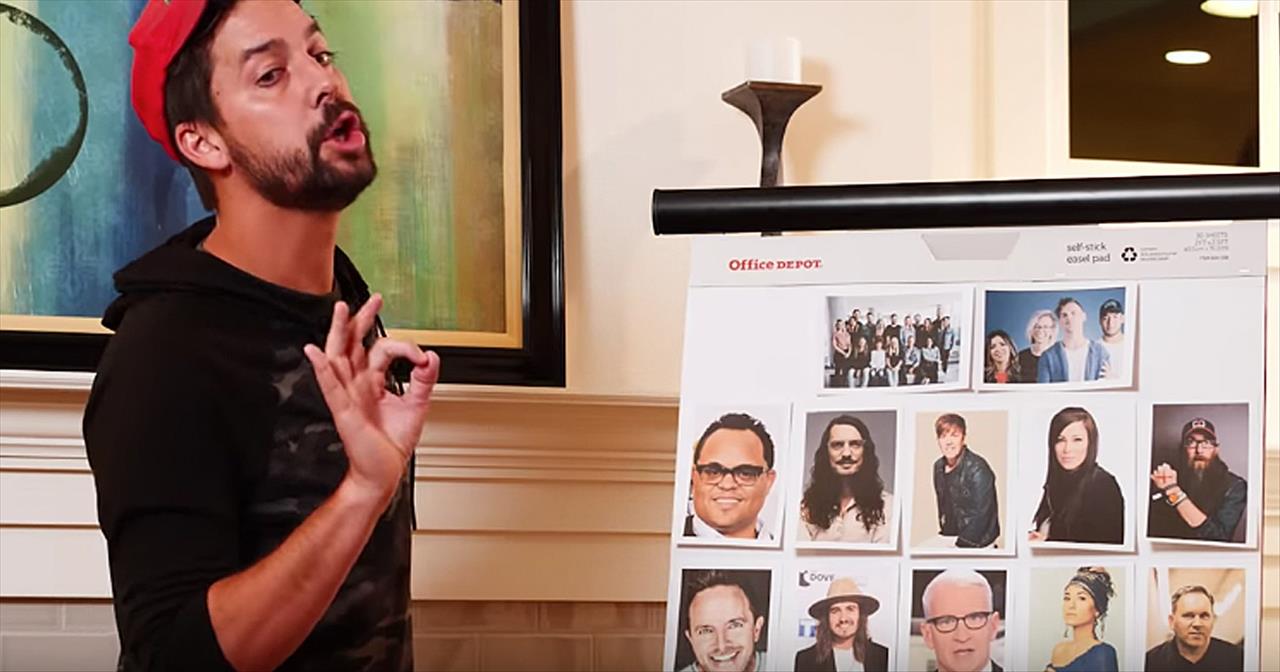 Christian comedian John Crist joins up with friends for their hilarious 2019 worship leader fantasy draft. John always has a way of coming up with the funniest skits and jokes and this one is no different. This clean comedian always brings the laughs no matter what he is talking about. Today, he’s bringing along some of his friends and they’re sure to have you laughing out loud. As a preacher’s kid, John knows his fair share about worship music. From classic acts such as Chris Tomlin and Matt Maher to new artists such as Cory Asbury and Jordan Feliz, there is no shortage of musicians with hearts for the Lord. Today, John is hosting a fantasy draft for worship leaders. Just like in fantasy football, each individual has the opportunity to select someone who they think will have a good year. Normally, you’re selecting football players but this twist on this draft is that the individuals are picking worship leaders with great potential. It’s definitely a moment full of laughs and chuckles. I couldn’t get over when they were discussing Carrie Underwood and said, “Okay, He might’ve taken the wheel but would He take a Louisville Slugger to BOTH headlights?!” And one of my favorite lines from the entire video is when the men were discussing Matt Redman. "By the way how is Matt Redman still on the board?" "I can give you 10,000 reasons" If you’re a lover of Christian music then you are sure to be rolling in laughter right now.