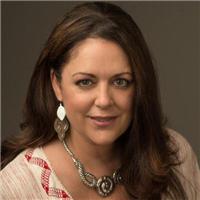 Inspiration bubbles from a thousand different springs. So it came as no surprise to Donna Ulisse that a late night conversation at a skeet-shooting contest in Arkansas would lead to the creation of her dramatic new album, All The Way To Bethlehem, a song cycle in the tradition of such other Bible-based musicals as Jesus Christ Superstar and Joseph and the Amazing Technicolor Dreamcoat.
Ulisse (pronounced "you-liss-ee") and her bluegrass band, the Poor Mountain Boys, had been hired at the last minute to perform at the Arkansas sporting event, and the promoter was so moved by their music that he persuaded them to stay on for another day. "He had a big lodge where he put us up," Ulisse recalls, "and we all sat around his fireplace that night and talked. He told us this strange story about King David [of the Old Testament] who gave this tract of land to his cousin and forgot about it. When he went back years later, he discovered his cousin had built an inn on it. Thousands of years after that--so the story went--Christ was born beside this very same inn." True or not, that story was all it took to set Ulisse's songwriter wheels spinning. First she wrote "You Cannot Stay Here," the besieged innkeeper's lament. Then, working with a corps of gifted co-writers, she filled in the rest of the narrative by giving voices to the other figures in this timeless tale of transcendence, most poignantly, of course, to conflicted Mary and Joseph. Set primarily to acoustic instrumentation, Ulisse's lyrics are engagingly warm and conversational. "The people in this story didn't foresee who they were going to wind up being," she points out. "They were just people--people who were trying to adjust to miraculous circumstances. That's where the real drama lies."
Central to this convergence of talent is Ulisse's commanding voice, bluegrass sincere and jazz nimble. Since her early days as an in-demand demo and background singer, the Hampton, Virginia native has been regarded as one of Nashville's most versatile vocal stylists. Her singing quickly earned her a production deal with Dale Morris, then manager of the supergroup Alabama. Morris signed her to Atlantic Records, where she distinguished herself with Trouble At The Door, a gem-laden album that yielded such highly praised singles and music videos as "Things Are Mostly Fine," "When Was The Last Time" and "Trouble At The Door."
At Atlantic, Ulisse was directed to record other people's songs, even though she had started writing her own when she was 12. After she left the label, Tim DuBois, the man behind the successes of Alan Jackson and Brooks & Dunn and long an admirer of her music, suggested it might be time for her to resume songwriting. This she did--and to splendid effect. In addition to the songs she wrote for her four bluegrass albums preceding All The Way To Bethlehem, she has also had songs cut by Claire Lynch, Darin & Brooke Aldridge, Nu-Blu and the Bankesters.
In 2012, the International Bluegrass Music Association nominated Ulisse for Songwriter of the Year.
Born of "an Italian father and a redneck mother" who were steeped in gospel, country and popular music, Ulisse began singing in a western swing band when she was still a teenager. There she met and married Rick Stanley, who had a fairly impressive musical pedigree of his own, being the cousin of bluegrass immortals Ralph and Carter Stanley. That's why Ralph Stanley & The Clinch Mountain Boys wound up playing at one of the fanciest wedding receptions ever staged on the Virginia Tidewater.
"When word got out that Ralph was going to be playing," Ulisse says, "people I didn't know started calling me, asking if they could buy tickets to my reception. I had no idea how popular Ralph was. I didn't know he was the Dude. So here I came in my big Parisian gown we'd paid a small fortune for, and we get to the reception and there's Ralph Stanley & The Clinch Mountain Boys on stage. He opens it up with 'Little Maggie,' and the next thing I know my very proper matron of honor has flipped the train of her gown up over her shoulder and is trying to clog dance."
Throughout the recording of All The Way To Bethlehem, Ulisse was beset by near-tragedies: First, she and her band members were badly shaken up and their instruments crushed in an ice-induced traffic accident. Then, Rick fell and seriously injured his head. But the worst came when Ulisse was told she might have breast cancer. Keeping her apprehension hidden from her fellow musicians and songwriters, she continued to record and perform, even as she underwent two painful biopsies. Fortunately, it was a false alarm. "Now all is well," she reports, "But at the time, I really did feel like I'd ridden on the back of a donkey for hours."
Multi-instrumentalist Keith Sewell produced All The Way To Bethlehem, just as he has all of Ulisse's bluegrass albums. Renowned for his work with Lyle Lovett, the Dixie Chicks and Ricky Skaggs, Sewell assembled for the album a band of award-winning musicians who had performed with luminaries ranging from Kathy Mattea to James Taylor to Robert Plant. The result is a series of gorgeous and imaginative arrangements that erase all the usual musical boundaries.
"It really felt like there was a presence in the studio when we recorded," Ulisse says. "I know that's not everybody's cup of tea. But I know what I was going through, and Keith had his own emotional issues to deal with, what with his friend Earl Scruggs just having died. I don't know . . . there was something special in that room. You could feel it."
And you can hear it clearly at every point of the journey in All The Way To Bethlehem

I Am A Child of God - Donna Ulisse Official Video 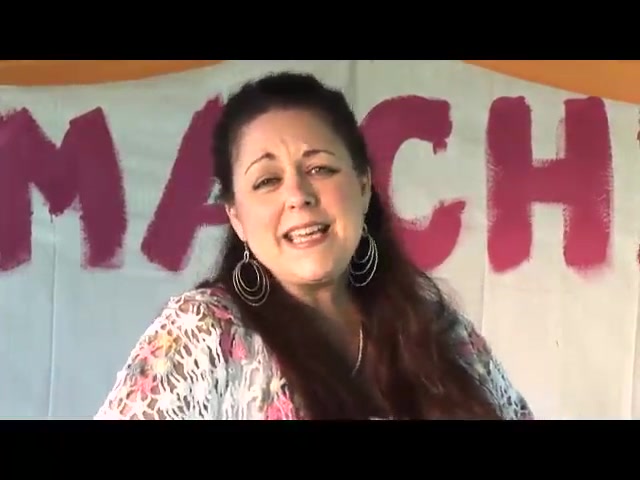 • Free download when you sign up for Donna's newsletters: http://donnaulisse.fanbridge.com/
•Buy all Donna's music here: http://www.donnaulisse.com/index.php/...
•Buy on iTunes: https://itunes.apple.com/us/album/i-a...
Bluegrass singer songwriter Donna Ulisse in a video performance of her gospel song I AM A CHILD OF GOD. Ulisse wrote this song and it is included on her 2007 release "When I Look Back" as well as her 2013 gospel compilation titled "I Am A Child of God". The track was produced by Keith Sewell who is also playing acoustic guitar. Byron House on upright bass, Andy Leftwich on fiddle, Randy Kohrs on dobro. Ulisse has been a 2012 and 2013 nominee for International Bluegrass Music Association's Songwriter of the Year Award.
Writer: Donna Ulisse
Publisher: Uncle Hadley Music(ASCAP)