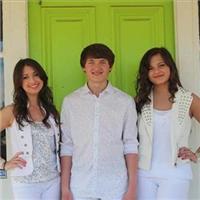 Internet-sensation Daves Highway is the Mississippi-based trio comprised of teen siblings Delaney, Zachary and Erika Daves. Their first full-length album, All This Time is set for release September 20, 2011. Produced by Sam Ashworth (Michael W. Smith, Sixpence None the Richer), the album features infectious, well-written songs – half of which were co-written by the siblings – and a refreshing blend of country and gospel. “Mom is country, Dad is rock, and we are a Christian family in the South, so we have that country rock Christian sound going on in our music,” says Zachary.
In late 2009, Daves Highway started gaining a mass following online after posting some of their home videos on YouTube and Facebook. Their version of Chris Tomlin’s “Jesus Messiah” exploded online, catching the attention of the songwriter himself. Tomlin was amazed by the kids’ rendition and posted the video on his blog for his fans to see. He also gave a standing invitation for the siblings to sing with him should he ever come close to their town.
That dream came true later in the year when Tomlin played in Memphis and Daves Highway joined him on stage. “Singing with Chris Tomlin was a dream come true for us” says Delaney. “There were like six thousand people in the crowd singing along! It was so awesome and definitely a moment we will never forget.”
Daves Highway released an EP in December 2009 featuring their version of “Jesus Messiah” produced by Grammy Award-winning producer Charlie Peacock. The song peaked at No. 25 on the Amazon MP3 Christian chart and entered the Amazon MP3 Top 75 Country songs. “You have to have a pretty guarded heart not to be thrilled by such young people singing perfect, three-part harmony!” Peacock says.
The self-taught trio’s voices combine to create a remarkable musical blend, which can only be created by what’s known in the South as “blood harmony.” Their love of music was inherited from their parents and it wasn’t long until the siblings picked up various instruments and discovered they could sing incredibly well together. “Music has always been a big part of our lives at home, church and school, whether we are just hanging out or being serious about it,” says Zachary. The versatile trio effortlessly jumps from one genre to another, citing their primary musical influences as Little Big Town, Chris Tomlin, Alabama, The Martins, and The Eagles.
The past year has been a busy one – they’ve traveled around opening events for Marty Stuart, Diamond Rio and Little Big Town, appeared on numerous TV and radio programs like KLOVE and The FISH, and their internet videos have surpassed 3 million views – yet they remain grounded. They are very involved in their youth group and they play in the youth band at their local church. The siblings have the same group of friends so they spend a lot of time together playing sports, watching movies, and hanging out at their favorite local yogurt shop.
Delaney is the oldest at 17. She is a sophisticated glamour girl who loves painting, shopping, and anything that sparkles. And, like most big sisters – she is usually the one in charge. “She can make friends with anyone and has a lot of determination. I wish I was more like that,” says Erika about her older sister. Delaney plays mandolin, bass, and guitar and sings most of the lead melodies.
Zachary, 15, is the definitive “man in the middle.” Nestled between an older and a younger sister, he is well versed in the art of negotiation and is often described as the peacemaker. His sisters refer to his bedroom as the ‘rock star’ room as it is filled with guitars and his growing record collection. Zachary plays acoustic and electric guitar and sings the lower harmonies.
Erika is the youngest at 14. She is a free spirit and a joker with tremendous wit. “She is so funny and makes everything fun,” says Delaney. Erika is gifted in vocal harmony and is also a great songwriter for the group – writing since she was 5. She is a pure soloist who plays piano and sings the high harmonies.
The trio is excited to show their fans how much they’ve grown – both musically and in age – with the release of their new record. “People have watched us grow up on the internet, and I hope they will hear our new music and like the sound and want to dig deeper into what the lyrics mean,” says Zachary. “Our songs will always have a good message, and I hope kids see that we are different than other young role models and it’s okay. We want to encourage them to be different.”

3 Siblings Perform Inspiring Rendition Of 'I'll Be There' 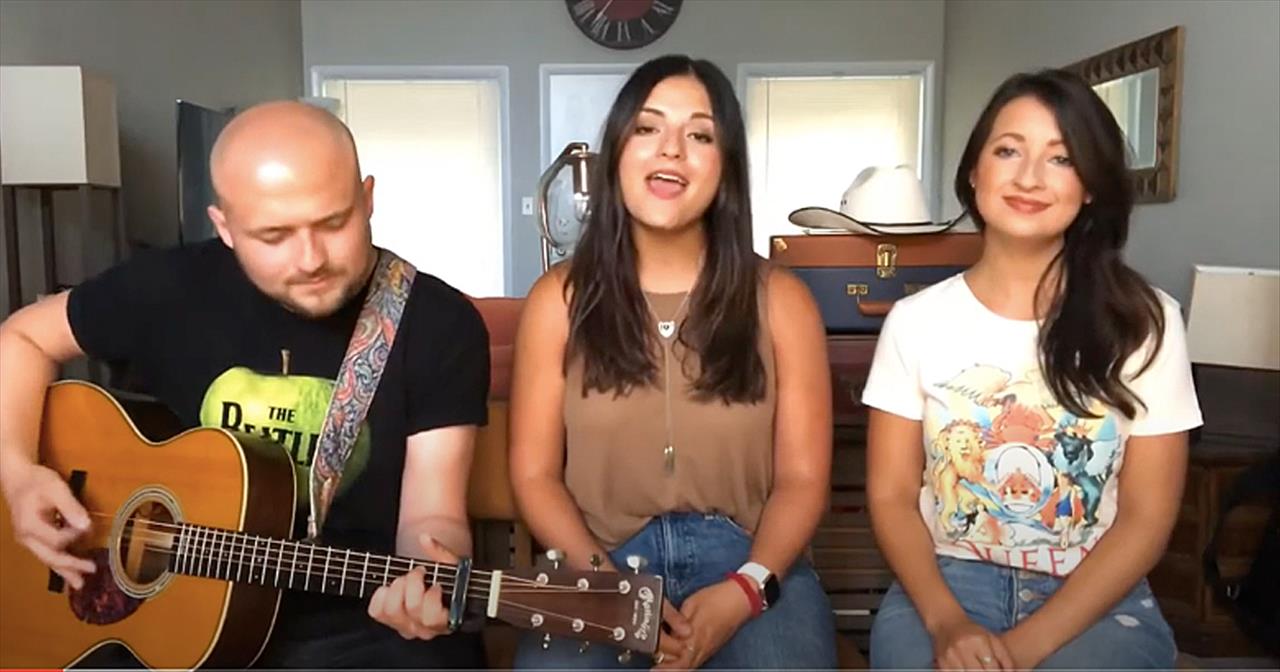 3 Siblings Perform Inspiring Rendition Of 'I'll Be There' - Christian Artists

The talented siblings of Daves Highway perform a beautiful cover of ‘I’ll Be There’ by The Jackson 5. This classic song was originally released in 1970 by the iconic group. It was an instant hit and became the most successful single for the band ever. Over the years, ‘I’ll Be There’ has spurned countless covers. Notable artist include Mariah Carey and Andy Williams. The touching lyrics truly transcend time and remain true today. “You and I must make a pact We must bring salvation back, Where there is love, I'll be there I'll reach out my hand to you I'll have faith in all you do Just call my name and I'll be there” Today, Daves Highway is putting their own spin on this beloved tuen. Delaney, Zach, and Erika are the three siblings behind Daves Highway. Hailing from from Brandon, Mississippi, the siblings can play multiple instruments and are self-taught. And now, more than ever, the world desperately needs music and the message of hope. “Let me fill your heart with joy and laughter, Togetherness, well it's all I'm after, Just call my name, and I'll be there (I'll be there)” As many people remain at home due to COVID-19, it can cause feelings of loneliness and fear. But it’s so important to remember that God is always by your side. He is in control and He is there for you, no matter what. During these troubling times, we turn to Him for our source of strength, truth and peace.