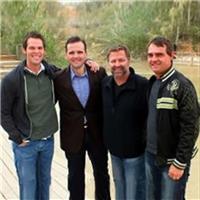 You can call it a quartet, because Canton Junction indeed consists of four-part-harmony. But this vocal group represents far more than the sum of four well-sung parts. Collectively, there are decades of experience among them, along with numerous GMA Dove Awards, Grammy nominations and other honors. Yet accolades are not what draw these four men together, it is their shared love for communicating the music and message of Jesus.
The group’s name, Canton Junction, literally means “the crossroads of different subjects or regions into one gathering point.” That definition perfectly describes exactly what happened when these four musical forces collided. Aaron Crabb, Tim Duncan, Matthew Hagee and Shane McConnell are four very different individuals who came from varying musical backgrounds and geographic locations, yet the moment they began singing together they stood on common ground.
The group’s musical style is also representative of many roads merging into one. The influences you will hear range from timeless hymns, to the Eagles... from southern gospel to big band. Among the group’s repertoire are time-tested songs of the church, fresh new songs written out of their own experiences, as well as songs you may have already heard, but never sung like this.
After years of making music individually, these four have a harmony – literally and figuratively – that is out of the ordinary.
Lead singer Aaron Crabb traveled with award-winning gospel group The Crabb Family for more than a decade before launching into his solo flight in ministry as Worship Leader at Cornerstone Church. During the Crabb Family’s musical journey, Aaron sang and produced nineteen #1 gospel songs and he has contributed to the group’s repertoire as a songwriter. He has performed on such prestigious stages as Carnegie Hall and The Grand Ole Opry, yet “prestigious” is not a word Aaron would use to describe himself. This rural Kentucky-born boy simply loves his Lord, loves his family, and loves singing. He fully believes in the power of music to heal hearts and hold onto the truth that gets us through whatever life throws us.
Bass singer, Tim Duncan, is a self-described “quartet man” and he has fans across the globe who agree, evidenced by the Singing News Fan Award for Best Bass he was awarded the first year he was nominated (2006). Some of Tim’s earliest memories consist of his dad buying quartet records. He fell in love with the excitement of long endings, the tenor soaring and the bass booming. He now brings to Canton Junction 16 years of full-time singing experience and, as one of the original four members of Ernie Haase & Signature Sound, he has been a part of numerous Billboard-topping albums and DVDs, Dove Award honors and Grammy nominations. But Tim doesn’t get caught up in all that. He knows he is called to sing and he loves to make people happy singing the best music in the world – music that communicates the best news ever.
Tenor, Matthew Hagee, carries on a six-generation legacy of ministry working alongside his father, John Hagee, founding pastor of Cornerstone Church. He grew up singing around the piano with his family and draws from all varieties of musical influences ranging all the way from big band to bluegrass. A graduate of Oral Roberts University School of Business, he is a gifted speaker, accomplished vocalist and the author of “Shaken, Not Shattered” and “Response-Able” (both published by StrangCommunications). Matthew is also a true Texan, easily as comfortable trading horses and cattle as he is on a platform.
Baritone, Shane McConnell has been a highly sought after Nashville studio vocalist since 1998, having performed on recordings by Garth Brooks, Wynonna, Kenny Rogers, Steve Green, Sandi Patty, Andy Griffith and Bill Gaither, among countless others. In addition, his voice has been heard on recordings for Walt Disney World and SeaWorld. Since 2006 he has been part of the Gaither Homecoming family, performing on Homecoming videos, live events and studio projects.

'I’d Rather Have Jesus/Great Is Thy Faithfulness' Canton Junction

'I’d Rather Have Jesus/Great Is Thy Faithfulnes...
'Does Jesus Care' Canton Junction Live Performa...
'We’ll Soon Be Done With Trouble And Trials' Ca...
Country Gospel Trio Sings 'How Great Thou Art'
Canton Junction Back on My Feet Again

Canton Junction Back on My Feet Again
Country Gospel Trio Sings 'How Great Thou Art'
'Does Jesus Care' Canton Junction Live Performa...
'I’d Rather Have Jesus/Great Is Thy Faithfulnes...
'We’ll Soon Be Done With Trouble And Trials' Ca...

A Cappella Performance Of 'Amazing Grace' From ...
'Meet Me At The Table' Live From Redeemed Quart...
'Just As I Am' Hymn Performed In A Silo
Mother-Daughter 'Ave Maria' Duet On Piano And V...
'Amazing Grace' Harry Connick Jr. Official Musi...
High School Choir Sings 'O Master, Let Me Walk ... 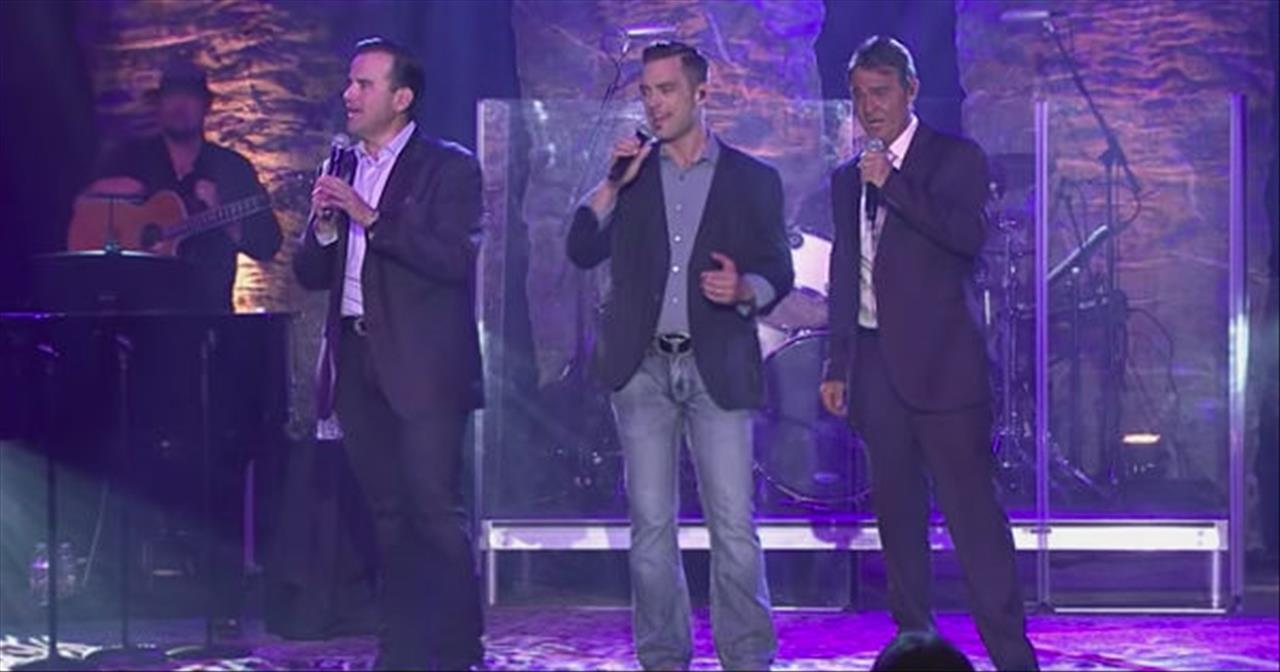 In this uplifting performance, Canton Junction performs a ‘I’d Rather Have Jesus/Great Is Thy Faithfulness’ medley. “I'd rather have Jesus than silver or gold, I'd rather be His than have riches untold I'd rather have Jesus than houses or land, I'd rather be led by His nail-pierced hand Than to be the king of a vast domain or be held in sin's dread sway I'd rather have Jesus than anything this world affords today” Canton Junction is performing this song at Cornerstone Church Praise Center in San Antonio, TX. As Canton Junction starts off the song, one of the members sings the verse first with his deep rich baritone voice. Then the others join in and they create such beautiful harmonies together! “The Bible says that from the rising of the sun to the going down of the same, our God is great and greatly to be praised,” says one of the members to the audience as they finish up singing ‘I’d Rather Have Jesus.’ Then the group starts to sing a powerful and beautiful rendition of the classic hymn ‘Great Is Thy Faithfulness.’ "Great is Thy faithfulness! Great is Thy faithfulness! Morning by morning new mercies I see; All I have needed Thy hand hath provided "Great is Thy faithfulness, Lord, unto me!” “This medley of those two great songs is just what I needed this evening,” writes one person on YouTube after watching the video. “May our Lord and Savior Jesus Christ continue to richly bless your ministry.” “Such a beautiful song. I’d rather have Jesus than anything this world has to offer,” comments another person on YouTube. “Don’t know what people do if they don't know him. God bless you. Thank you for sharing this, I needed this today.” We hope that this uplifting performance from Caton Junction has encouraged you today!