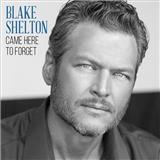 
Blake Shelton may have been an unlikely candidate for superstardom but that's hardly due to a lack of charisma. Shelton possessed a warm, masculine ease that lent his rowdier numbers a sense of sly humor but this relaxed touch also made him an effective crooner of ballads, the ace in the hole that helped him cross over from country to the mainstream in the 2010s. His transition to being a household name certainly was assisted by his starring role as a judge on NBC's hit musical competition The Voice, but by that point Shelton had racked up plenty of number one country hits, beginning with his 2001 debut "Austin" and running through "Some Beach," "Home," "Doin' What She Likes," "She Wouldn't Be Gone," "Hillbilly Bone," "All About Tonight," and "Honey Bee," the 2011 single that went triple platinum around the time The Voice hit the airwaves. Over the next few years, Shelton was at the apex of his stardom, appearing regularly on The Voice, earning headlines through his marriage to fellow country singer Miranda Lambert, and staying in the Top Ten with the singles "Sure Be Cool If You Did," "Boys Round Here," and "Neon Light," hits that proved he was one of the biggest country stars of the 21st century. A native of Ada, Oklahoma, Blake Shelton picked up the guitar in his early adolescence and started writing songs not long afterward. Bitten by the musical bug, he started working the local bar circuit, earning a large enough following to win the Denbo Diamond Award, a prize given to young Oklahoma entertainers. He left his home state for Nashville just two weeks after his high-school graduation in 1994, peddling his songs to Music City publishing houses, including Warner/Chappell Music, Jerry Crutchfield Music, and Naomi Martin Music. Bobby Braddock, the legendary songwriter behind George Jones' "He Stopped Loving Her Today," discovered Shelton in the late '90s and brought the singer to the attention of Giant Records in 2001. Braddock wrote "I Want to Talk About Me" with the intention of making the rap-influenced number Shelton's first single but Giant rejected the notion (it was recorded instead by Toby Keith, who turned it into a country number one). What came instead was "Austin," a single that outlasted its record company. Giant shuttered not long after the release of "Austin" and Warner took over Shelton's contract, keeping the single in print and helping it reach number one on the country charts. Spending five weeks at the top of the charts, the single -- along with its follow-ups "All Over Me" and "Ol' Red," which reached 18 and 14, respectively -- helped his eponymous 2001 full-length debut reach three on the Billboard country charts; it would also earn a platinum certification. The Dreamer, his sophomore set, appeared in February 2003 and although its lead single "The Baby" was a hit, spending three weeks at the top of the Billboard country charts, the album was something of a commercial underperformer, with neither "Heavy Liftin'" nor "Playboys of the Southwestern World" cracking the Top 20. "When Somebody Knows You That Well," the first single from 2004's Blake Shelton's Barn & Grill, didn't reverse this downward trajectory as it reached a peak position of 37, but the next single, "Some Beach," was his biggest since "Austin," spending four weeks at number one and becoming a 21st century standard. Blake Shelton's Barn & Grill spawned two other Top Ten hits -- "Goodbye Time" and "Nobody But Me," which made it to four -- and he kept the momentum going on 2007's Pure BS, which featured "Don't Make Me," "The More I Drink," and the number one single "Home." Pure BS also featured a cameo from Miranda Lambert, a runner-up on Nashville Star who had started dating Shelton. Over the next few years, their relationship strengthened -- they appeared on each other's records and married in 2011 -- and this romance helped elevate the profile of both singers. Shelton's 2008 Startin' Fires boasted two big hits -- the number one "She Wouldn't Be Gone" and Top Ten "I"ll Just Hold On" -- but the album was his first record not to be certified gold. This proved to be a minor bump in the road for Shelton. In 2010, he released a pair of successful EPs (Hillbilly Bone, All About Tonight) along with the hits collection Loaded: The Best of Blake Shelton (which contained the title tracks from the two EPs), and then in 2011 his breakthrough into the mainstream arrived via the NBC televised singing competition The Voice. As one of four celebrity coaches -- he was paired with Adam Levine of Maroon 5, Christina Aguilera, and Cee Lo Green, each representing a different style of music -- Shelton became a household name and he soon had record sales to match. Red River Blue, his summer 2011 album, was his first to reach number one on the Top 200 (it also topped the country charts) and that was on the strength of four hit singles: "Honey Bee" and "God Gave Me You," both certified triple platinum; and "Drink on It" and "Over," which topped out at platinum. After a pit stop for a holiday album in 2012 (Cheers, It's Christmas, which featured appearances by Lambert, her band Pistol Annies, Kelly Clarkson, Reba McEntire, and Michael Bublé), Shelton's streak intensified in 2013 with Based on a True Story..., his biggest-selling album to date. Anchored by the hits "Sure Be Cool If You Did," "Boys Round Here," "Mine Would Be You," "Doin' What She Likes," and "My Eyes," Based on a True Story sold over 1.4 million copies and generated hits into 2014, which is when he delivered Bringing Back the Sunshine. Another hit right out of the box -- debuting at number one on Billboard's Top 200 -- it had the hit singles "Neon Light," the Ashley Monroe duet "Lonely Tonight," and "Sangria." As his career rolled on, Shelton experienced personal loss when he and Lambert announced their divorce in the summer of 2015. Shelton released a second hits collection named Reloaded: 20 #1 Hits in October of 2015; it was accompanied by a new single called "Gonna." ~ Stephen Thomas Erlewine 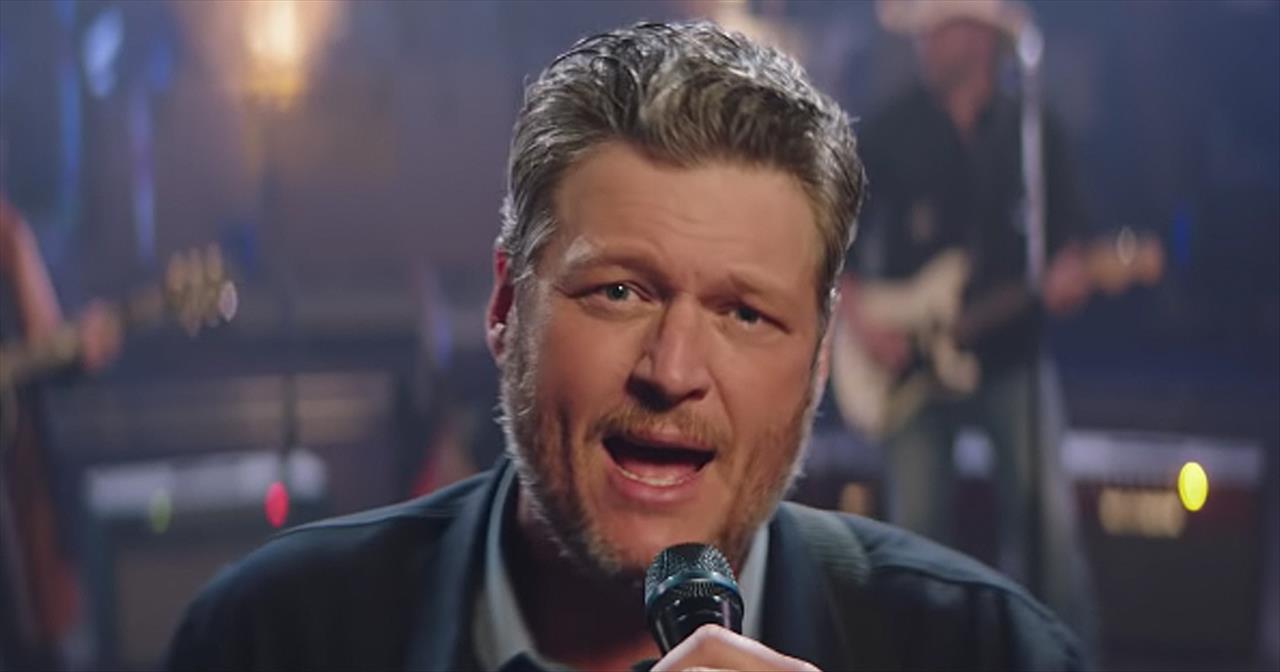