Hillsong Worship Receives Highest Debut with "No Other Name" 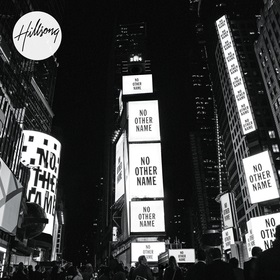 Hillsong Worship released No Other Name recently to chart topping numbers receiving their highest debut in their 26 years of releasing an annual live project. No Other Name debuted on the Billboard Top 200 at No. 13 its first week in the U.S. and at No. 1 on the Billboard Christian/Gospel album chart. As the highest debut from the Hillsong Worship brand, the album also debuted No. 1 on the Christian Gospel Albums, Praise and Worship Albums and Christian Digital Albums charts as well as No. 6 on the Digital Albums chart.

During street week, No Other Name peaked at No. 4 on iTunes Overall Albums chart in the U.S. as well as charting in the Top 10 of iTunes in 13 countries outside of the U.S. including at No. 1 in three countries making a global impact. This project was the first release under the new moniker "Hillsong Worship" and the 26th annual live worship project.

Media also praised this new release noting the fresh and creative approach to Hillsong's music on this album. Currently gracing the cover of the latest issue of CCM (July 15, 2014), here are samples of what the media had to say about No Other Name:

"Hillsong Church continues to release live worship recordings of its annual conference in Sydney, Australia. That kind of legacy can be a lot to live up to, but No Other Name is all about building on that foundation. The album's 11 new praise songs emphasize congregational worship and highlight the Aussie church's determination to remain pioneers in the genre." - Rhapsody

"Hillsong Worship's No Other Name is like no other" - Music Times

"Hands down, this is easily one of the best worship albums released this year." - Hallels

"Strong lyrics that can be a great help to really teach your congregation to sing theology in a fresh way." -The Church Collective

"Gear up because this album will become a movement. A declarative movement." - Examiner

"Highly recommend it to worship leaders who are looking for something to add to their Sunday morning set list." - Faith Village

Hillsong Worship will be back in the United States for their "No Other Name" Tour that begins one month from today on August 14 in Boston and concluding August 31 in Grand Rapids (dates below). Tickets are on sale now and can be purchased through Premier Productions. Hillsong Worship will also be performing at the 2nd Annual Hillsong Conference in New York City, which will be held at The Theater at Madison Square Garden on October 16-18th. Register now and save here.