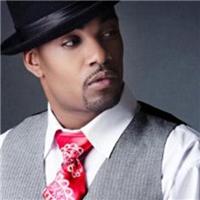 Willie “P-Dub” Moore, aka Pretty Willie and St. Louis, Missouri native is best known for his Urban/Hip Hop hits “Roll Wit Me,” “Lay Your Body Down,” “Good Thang” and “4 Walls.”   The Inspirational Hip- Hop singer and rapper is back with a Christ-centered movement, Young Fly & Saved (YFS) and a new CD, THE TURNING POINT, his international debut release on WilFlo/EMI Gospel.  THE TURNING POINT is poised to spotlight a brand of Urban Gospel and Inspirational Hip-Hop the CCM, Gospel and Urban worlds have never seen before.
THE TURNING POINT is full of life-affirming Inspirational Hip-Hop songs.  The lyrics speak to everyday life situations (such as sex, relationships, finances and faith) in a language those in and out of church can understand.  The banging beats encourage the young and young at heart.  It features his friends, special guestsCanton Jones, JR and DJ D. Stone.
P-Dub, as he is affectionately called, was adopted as a baby and grew up in the church.  He got his start as a child in the choir at Friendship Missionary Baptist Church in St. Louis.  But he was soon drawn to the sounds of Hip-Hop and signed his first record deal at the age of 12 in the 1990s with a small Midwest label and gained regional fame.  Later, after graduating from the University of Mississippi-Oxford with a degree in Psychology, the Kappa Alpha Psi Fraternity member signed his first major record deal with Universal Music as a rapper.  He followed that up with a recording contract with Warner Brothers, but this time as an R&B singer.
Through his major label experiences, this married father of two gained international recognition and a legion of fans around the world.  Prompted by God, P-Dub left Los Angeles and returned to St. Louis.  He started giving back to the youth in his community.
He says, “I was up on Sunset Boulevard one night doing something I didn’t have any business doing.  And the Lord spoke to me and said, ‘It’s either my way, or no way.’  God’s words pierced my soul.  So my wife and I headed back home.  That was back in 2002.  I founded WilFlo Music Group, named after my parents, Willie and Flora Moore, and released some national hits.   As I made my entry into full time inspirational music and ministry, we established Kingdom Music, LLC, a faith-based corporation that provides music, live concerts, merchandising, booking, management, street team promotions and an online community.  It’s a one-stop-shop for musicians, artists and authors.”
He started going into schools and teaching students healthy listening choices and what happens when you are over exposed to negative influences. Young people across the nation have been drawn to his outreach ministry, spirit of motivation and empowerment through his testimony and music.  He created the Young, Fly & Saved movement to galvanize the youth and take them in a positive direction.  This movement has amassed a following of over 200,000 through social networking sites.  P-Dub’s MySpace page has had 15 million page views with 20.4 million song plays.
When asked about the songs on his cross over ready  CD, THE TURNING POINT  the ordained minister and songwriter says, “The title track, “Turning Point/Find Rest” is representative of a sermon delivered by Bishop E. Terence Coleman of Greater Pentecostal Church in St. Louis, that made an impact on my life.  If you are tired of the same old stress, the bills piling up, seeing the same negative pattern in your life, then this song speaks to your situation and a chance for you to get your turning point.”

Then there’s the mid-tempo single “Mississippi Shine,” P-Dub’s testimony.  He states, “I wrote this song as I was transitioning into a strong walk with Christ.  I had returned to St. Louis from Los Angeles.  I was in a state of disappointment and everything seemed to be going wrong.  In it I’m sharing with the world “real talk” about where I was in hopes that someone else who may be going through something similar with drinking, smoking, cursing, etc., would know that all these flaws shouldn’t keep them from the kingdom of God.  He’ll take you, flaws and all, as long as you confess your sins before him.”

That leads to the jumping digital download single, “My Walk.”  P-Dub says, “This tune talks about the fact that we all have a different walk and journey in Christ that is unique to us as individuals.  My walk is not the same as your walk.  Christ designs us all differently to serve multiple purposes in the body of Christ.  However, it’s all for one main purpose, to win souls for the Kingdom of Jesus Christ.”

And I am especially partial to the youth-inspired, rock-tinged, totally awesome, “Young, Fly & Saved,” featuring my friends Canton Jones and DJ D. Stone.  This is YFS’ anthem and battle cry to unite with believers all over the world who want to see change through Jesus Christ.  I wrote it to let young people know that you don’t have to lose your “fly” to give Christ a try. We believe that the power of Christ can influence and change any system or situation.  It doesn’t matter if you’re 150 or younger, you are still young, fly and saved!”

Other songs on the 9-track THE TURNING POINT are:  the car-cruising,  “Get There” featuring JR;  the now get your skates out and let’s roll, “Praise Him”; the ballad letting all sisters know that they are special creations of Christ, “Angel”;  the easy grooving relationship cut, “Real Love”; the live-your-dream-now, “Dream On”; and the fun and bouncing, get your swagger on, “Swagg A Lil’ Bit.”

Willie “P-Dub” Moore  is on a mission to inspire, influence and unite souls for Christ with his YFS movement and music that changes lives while bridging the gap between Hip-Hop and the pillar of the community, the Church.  And he’s poised to do just that with THE TURNING POINT.