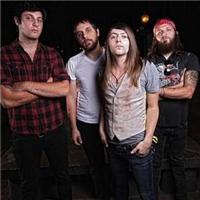 
Finding themselves without bands, bassist Brian Pittman (who had recently left pop-punkers Relient K) and guitarist John LaRussa (whose own Narcissus had broken up) began randomly playing together with some area friends. By 2005, they had been permanently joined by vocalist Ryland Raus and drummer/vocalist Bobby Poole II to formally birth Inhale/Exhale. Based out of Canton, OH, the group combined their Christian faith with technical metal and post-hardcore into a melodic yet unforgiving sound to call their own. The group signed with Solid State in the spring of 2006 and headed down to Knoxville to work on their debut full-length with producer Travis Wyrick (Pillar, P.O.D.). A tour with labelmates the Chariot led up to the release of the resulting album, The Lost, the Sick, the Sacred, in November 2006. Inhale/Exhale closed out the year on the road.