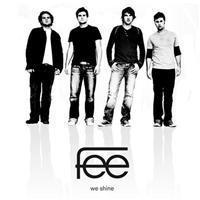 Fee play in a kind of praise & worship high anthem rock style that owes more than a little in sound and stance to acts like U2 and newer groups like Kings of Leon. Based out of Atlanta, GA, and led by songwriter Steve Fee, the group developed a large following playing various Christian worship centers and conferences. Originally billed under Steve Fee's name, the group, which also features Heath Balltzglier, Matt Adkins, and Brandon Coker, eventually just shortened things to Fee. The albums We Shine and Burn for You appeared in 2007, followed by Hope Rising two years later in 2009.

Glory to God Forever - Story Behind the Song

Steve Fee, the frontman for the band Fee, explains the band's passion and story behind their newest single Glory to God Forever that will be featured on their upcoming album Hope Rising.