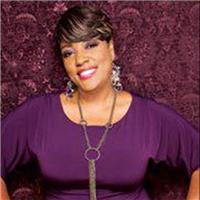 
Gospel singer and East St. Louis native Anita Wilson was drawn to music and singing at an early age, and in time she developed a vocal style that merged traditional gospel with jazz, pop, and R&B influences like Ella Fitzgerald, Stevie Wonder, and Aretha Franklin, and coupled with her range and approach, she became a much in demand backup singer for contemporary gospel and praise & worship acts like Hezekiah Walker, Marvin Sapp, DeWayne Woods, and Vanessa Bell Armstrong. She also spent a stint as a singer with Donald Lawrence & Co., turning her solo on "Happy Being Me" from Lawrence's The Law of Confession album into a spotlight favorite. Her debut album as a solo artist, Worship Soul, which included an impressive first single, "Speechless," appeared in 2012.